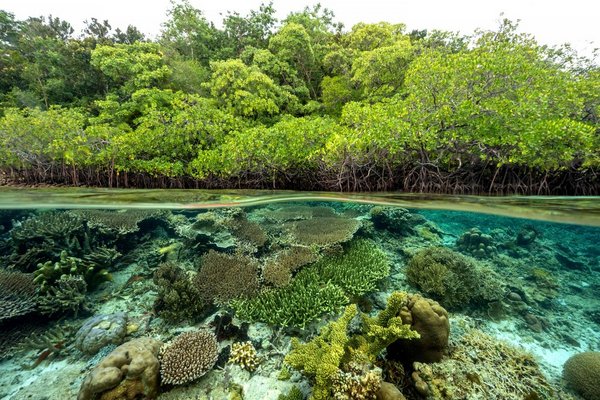 Nations adopted four goals and 23 targets for 2030 to foster biodiversity conservation and counter acceleration in the global rate of species extinction at the UN Biodiversity Conference (COP15).

At the UN Biodiversity Conference (COP15), which took place from the 7th- 19th December 2022 in Montreal, Canada, parties agreed on a package of measures deemed critical to addressing the dangerous loss of biodiversity and restoring natural ecosystems.

Convened under UN auspices, chaired by China and hosted by Canada, COP15 adopted the Kunming-Montreal Global Biodiversity Framework (GBF), including four goals and 23 targets for achievement by 2030.

Among the global targets for 2030 is the effective conservation and management of at least 30 per cent of the world’s terrestrial surface, inland waters, coastal areas and oceans, with emphasis on areas of particular importance for biodiversity and ecosystem functioning and services.

This target has been disputed and is viewed critically by some non-governmental organisations, who voiced fears in the run-up to the conference that it does not sufficiently consider the rights of Indigenous Peoples. The GBF points out that the rights of the latter and local communities, including those to their traditional territories, must be recognised and respected. Nevertheless, concern remains that promises to respect the rights of Indigenous Peoples are ignored by the conservation industry, the NGO Survival International says.

Another target is to halve global food waste by 2030. According to a report published by WWF a year ago, approximately 40 per cent of all the food grown goes uneaten.

Further targets include to progressively phase out or reform by 2030 subsidies that harm biodiversity by at least USD 500 billion per year, to raise international financial flows from developed to developing countries, and to prevent the introduction of priority invasive alien species.

Partnership to implement the Framework

At COP15, 23 countries and organisations, led by Colombia and supported by Germany, launched a partnership to support developing countries in the swift implementation of their biodiversity strategies and action plans (NBSAPs), adapted in line with the targets agreed in the new Global Biodiversity Framework.

Along with the launch of the Initiative, the German Federal Government will support and kick-start the operationalisation of the NBSAP Accelerator Partnership as well as concrete implementation activities in selected countries.

The governments of Colombia and Germany, the UN Biodiversity Convention, UN Environment Programme (UNEP), United Nations Development Programme (UNDP) and other partners, will assist with the design, development, structuring, operationalisation and monitoring of the NBSAP Accelerator Partnership.

GOAL A:
The integrity, connectivity and resilience of all ecosystems are maintained, enhanced, or restored, substantially increasing the area of natural ecosystems by 2050;
Human induced extinction of known threatened species is halted, and, by 2050, extinction rate and risk of all species are reduced tenfold, and the abundance of native wild species is increased to healthy and resilient levels;
The genetic diversity within populations of wild and domesticated species, is maintained, safeguarding their adaptive potential.

GOAL B:
Biodiversity is sustainably used and managed and nature’s contributions to people, including ecosystem functions and services, are valued, maintained and enhanced, with those currently in decline being restored, supporting the achievement of sustainable development, for the benefit of present and future generations by 2050.

GOAL D:
Adequate means of implementation, including financial resources, capacity building, technical and scientific cooperation, and access to and transfer of technology to fully implement the Kunming-Montreal global biodiversity framework are secured and equitably accessible to all Parties, especially developing countries, in particular the least developed countries and small progressively closing the biodiversity finance gap of USD 700 billion per year, and aligning financial flows with the Kunming-Montreal Global Biodiversity Framework and the 2050 Vision for Biodiversity.