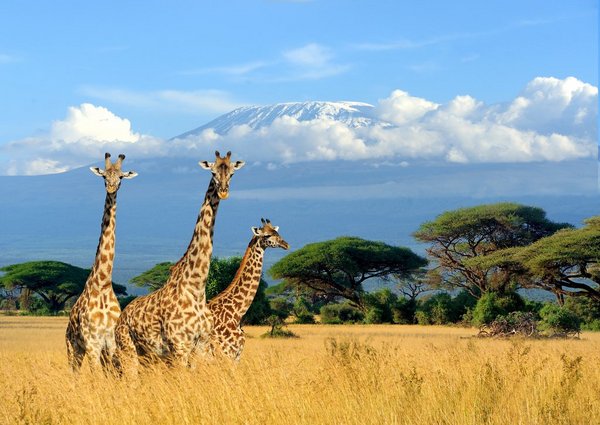 The UN Decade on Ecosystem Restoration (2021-2030) is designed to prevent, halt, and reverse the loss and degradation of ecosystems worldwide.
Photo: ©Volodymyr Burdiak/Shutterstock.com

Never has there been a more urgent need to revive damaged ecosystems than now. The healthier our ecosystems are, the healthier the planet and its people. At COP15, ten initiatives have been declared World Restoration Flagships.

The United Nations has recognised ten ground-breaking efforts from around the globe for their role in restoring the natural world. It unveiled the winning initiatives at the UN Biodiversity Conference (COP15) in Montreal, Canada, on the 13th December 2022.

The initiatives were declared World Restoration Flagships and are eligible to receive UN-backed promotion, advice or funding. They were selected under the banner of the United Nations Decade on Ecosystem Restoration, a global movement coordinated by the United Nations Environment Programme (UNEP) and the United Nations Food and Agriculture Organization (FAO). It is designed to prevent and reverse the degradation of natural spaces across the planet.

Together, the ten flagships aim to restore more than 68 million hectares − an area bigger than Myanmar, France or Somalia − and create nearly 15 million jobs.

The inaugural World Restoration Flagships are:

The Trinational Atlantic Forest Pact
The Atlantic Forest, which once covered a swathe of Brazil, Paraguay and Argentina, has been reduced to fragments. Hundreds of organisations are active in the decades-long effort to protect and restore the forest in all three countries.

Abu Dhabi Marine Restoration
Abu Dhabi wants to ensure that its coastal ecosystems are resilient in the face of global warming and rapid coastal development in what is already one of the world’s warmest seas.

The Great Green Wall for Restoration and Peace
The Great Green Wall initiative aims to restore savannahs, grasslands and farmlands across Africa by creating a belt of green and productive landscapes across eleven countries. While the Great Green Wall targets degraded land stretching right across the continent, the UN Decade flagship has a particular focus on Burkina Faso and Niger.

The Multi-Country Mountain Initiative
The initiative – based in Serbia, Kyrgyzstan, Uganda and Rwanda – showcases how projects in three diverse regions are using restoration to make mountain ecosystems more resilient so that they can support their unique wildlife and deliver vital benefits to people.

The Central American Dry Corridor
Exposed to heatwaves and unpredictable rainfall, the ecosystems and peoples of the Central American Dry Corridor are especially vulnerable to climate change. Tapping traditional farming methods to build the productivity of landscapes, including their biodiversity, is at the heart of this restoration flagship covering six countries: Costa Rica, El Salvador, Guatemala, Honduras, Nicaragua and Panama.

Building with Nature in Indonesia
Demak, a low-lying coastal community on Indonesia’s main island of Java, has been plagued by erosion, flooding and land loss caused by the removal of mangroves for aquaculture ponds, land subsidence and infrastructure. This initiative has built fence-like structures with natural materials along the shore to calm waves and trap sediment, creating conditions for mangroves to rebound naturally. The total length of permeable structures built is 3.4 km, and 199 ha of mangroves have been restored.

Shan-Shui Initiative in China
This initiative combines 75 large-scale projects to restore ecosystems, from mountains to coastal estuaries, across the world’s most populous nation. Launched in 2016, the initiative results from a systematic approach to restoration. Projects dovetail with national spatial plans, work at the landscape or watershed scale, include agricultural and urban areas as well as natural ecosystems, and seek to boost multiple local industries. All include goals for biodiversity.

The UN Decade on Ecosystem Restoration runs until 2030, which is also the deadline for achieving the Sustainable Development Goals. Without halting and reversing the degradation of terrestrial and aquatic ecosystems, one million species are at risk of extinction. Scientists say that restoring only 15 per cent of ecosystems in priority areas and thereby improving habitats can cut extinctions by 60 per cent.