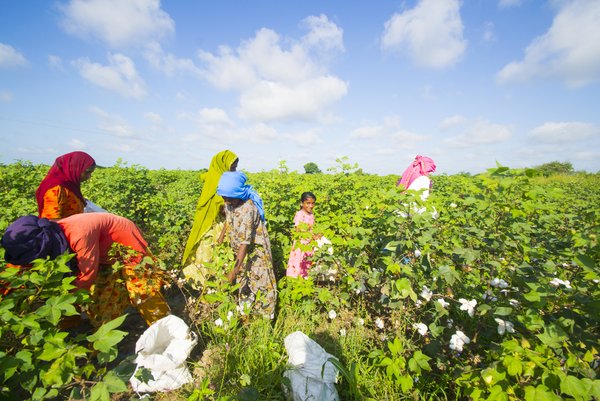 Particularly in Latin America and Asia, the use of fertilisers is increasing and causing rising nitrous oxide emissions into the atmosphere. Photo: Shutterstock

Nitrous oxide emissions from agriculture on the rise

A new study by an international group of scientists finds we are releasing more of the greenhouse gas nitrous oxide into the atmosphere than previously thought. A main factor is the significant increase of nitrogen-rich fertilisers in agriculture, in particular in East-Asia and South-America.

Nitrous oxide (N2O) is the third most important long-lived greenhouse gas, after carbon dioxide (CO2) and methane. Nitrous oxide is also one of the main stratospheric ozone depleting substances— and we are releasing more of it into the atmosphere than previously thought, according to a new study published on November 2019 in Nature Climate Change.

“We see that the N2O emissions have increased considerably during the past two decades, but especially from 2009 onwards,” said lead scientist Rona L. Thompson from NILU–Norwegian Institute for Air Research. “Our estimates show that the emission of N2O has increased faster over the last decade than estimated by the Intergovernmental Panel on Climate Change (IPCC) emission factor approach.”

In the study, Thompson and scientists, including Eric Davidson of the University of the Maryland Center for Environmental Science in Frostburg, USA, found that nitrous oxide in the atmosphere has risen steadily since the mid-20th century. This rise is strongly linked to an increase in nitrogen substrates released to the environment. Since the mid-20th century, the production of nitrogen fertilisers, widespread cultivation of nitrogen-fixing crops (such as clover, soybeans, alfalfa, lupins, and peanuts), and the combustion of fossil and biofuels have increased enormously the availability of nitrogen substrates in the environment.

“The increased nitrogen availability has made it possible to produce a lot more food,” Thompson said. “The downside is, of course, the environmental problems associated with it, such as rising N2O levels in the atmosphere.”

Rate of increase of N2O has been underestimated

The study authors found that N2O emissions increased globally to approximately 10 per cent of the global total between 2000-2005 and 2010-2015. This is about twice the amount reported to the United Nations Framework Convention on Climate Change (IPCC) based on the amount of nitrogen fertiliser and manure used and the default emission factor specified by the IPCC.

The researchers argue that this discrepancy is due to an increase in the emission factor (that is, the amount of N2O emitted relative to the amount of N-fertiliser used) associated with a growing nitrogen surplus. This suggests that the IPCC method, which assumes a constant emission factor, may underestimate emissions when the rate of nitrogen input and the nitrogen surplus are high.

"This new publication demonstrates both how we can solve a problem of growing greenhouse gas emissions and how current efforts are falling short in some regions of the world,” said co-author Davidson. “The emissions come primarily from using fertilisers to grow food and increasing livestock herds, but we've learned how to produce more food with less nitrous oxide emission.”

“In Europe and North America, we have succeeded in decreasing growth in nitrous oxide emissions, an important contributor to climate change and stratospheric ozone depletion,” he added. “Unfortunately, the same can't be said for Asia and South America, where fertiliser use, intensification of livestock production, and the resulting nitrous oxide emissions are growing rapidly.