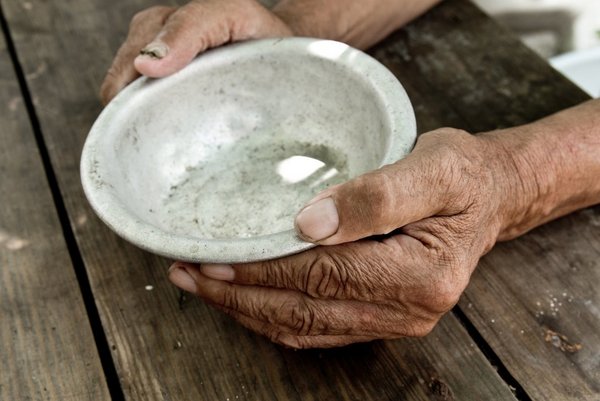 More than 820 million people are food insecure, in the most negative scenarios their number could rise over the next decades.
Photo: ©StanislauV/Shutterstock

The rising demand for food in the future will be a key driver of the increase required in food production and of the associated impacts on land-use change, biodiversity and climate change. It could push more people into food insecurity; achieving SDG 2 - Zero Hunger - remains a major challenge.

Future food demand will increase between 35-56 per cent over the period 2010-2050, according to research by Wageningen University published in July 2021. This is mainly due to population growth, economic development, urbanisation, and other drivers.

This range is somewhat lower than in previous studies, which stated that food production must be doubled. Nonetheless, the expected increase in food demand may still have negative impacts on the environment and lead to biodiversity loss. In order to prevent such impacts, increases in food production would need to be accompanied by policies and investments that promote sustainable farming intensification, reduce food loss and waste and promote the shift towards a more plant-based diet.

Today, more than 820 million people in the world do not have enough to eat, while climate change and increasing competition for land and water are further raising concerns about the future balance between food demand and supply.

In the most negative scenarios, the population at risk of hunger is expected to increase by 8 per cent over the 2010-2050 period. This means that the Sustainable Development Goal (SDG) of ending hunger and achieving food security will not be achieved. To prevent this, the researchers urge policymakers to work proactively to develop adequate long-term measures, including stimulating inclusive growth.

Even though food supply has increased dramatically since the 1960s, the question of how to eradicate global hunger (SGD 2) and feed the growing world population in years to come remains a major challenge. Climate change and increasing competition for land and water are further exacerbating the problem. This makes the need for effective policies to ensure global food security and a better understanding of the underlying causes of global hunger ever more urgent.

The researchers highlight the need to discuss a wider range of food-future scenarios, rather than just accept a binary choice between business-as-usual and the universal adoption of organic agriculture or vegan diets. Above that, we need to envision multiple plausible scenarios and evaluate their consequences, they say.