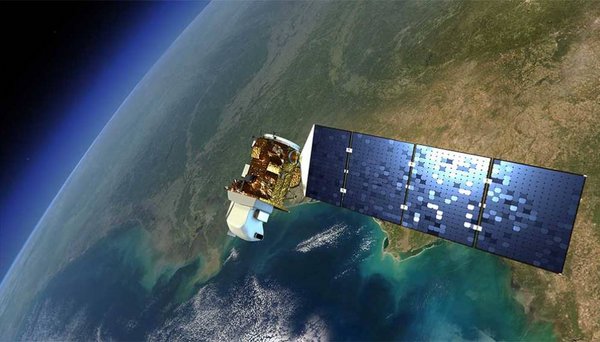 This year, everyone on the planet was plunged into a brave new world, as the coronavirus pandemic swept the globe in a matter of weeks. An ally in the battle to contain this and future epidemics could come, not from Earth, but from space. And the benefits of space technologies are being seen in all facets of life.

Satellite data could be used to predict future COVID-19 outbreaks, Rita R. Colwell, a leading environmental microbiologist from the University of Maryland, in the US State of Maryland, says. While satellites have been in orbit since the 1950s, it was only about 20 years ago that scientists began to harness their Earth observation data to aid global public health.

According to SciDevNet, Colwell has developed a predictive model for SARS-CoV-2, the scientific name of the coronavirus disease – COVID-19. SARS-CoV-2 is expected to become endemic– meaning it will join the rotation of viruses that affect human populations– and will likely reoccur in the future, virologists say.

Colwell, a molecular microbial ecologist, says a complex matrix of information could hold the answer to predicting when and where the next flare-up of COVID-19 cases occurs. The ground-breaking research is expected to be published in GeoHealth, an American Geophysical Union journal.

Colwell says her team has applied machine learning to data from China, Italy, Spain and the United States to extract correlations with data gathered from satellites as well as air temperatures and surface parameters of moisture, such as humidity and dew point. “We’re in the process of testing; we think we may be able to predict for specific regions when the risk is highest,” she says.

Diseases and the environment

In the early 2000s, Colwell identified the environmental links to outbreaks of cholera, a bacterial infectious disease caused by consuming contaminated water or food.

Using data from the Earth observation programme Landsat, scientists then were able to show direct correlations between chlorophyll concentrations and phytoplankton blooms, and cholera.

According to Colwell, satellites can serve as a very valuable public health tool. With the extremely sophisticated satellites up there now, the scientific community can draw on data from half a dozen satellites, with somemeasuring population movement or construction on the ground and others tracking sea surface temperature, sea surface height and chlorophyll.

“We now also have a mechanism for the global surveillance and prediction of potential epidemics,” the scientist says.

Anticipating the next COVID-19 flare-up

During the deadly 2015 Ebola outbreak, Farhan M. Asrar, from the University of Toronto in Canada, and France’s International Space University, found that people were increasingly understanding the benefits that outer space could provide disease management.

“Space assets are readily available and being used to benefit global health, including Ebola virus disease and other infectious diseases,” Asrar explained in an article in the scientific journal The Lancet. “This benefit could be further enhanced by greater cooperation, investment, and partnership between the space sector and public health and humanitarian organisations.”

Future of satellites and outbreaks

While technology may as yet be unable to predict outbreaks of unknown diseases, analysts are keeping a watchful eye from space: “I guess I would call what we do computational epidemiology,” Colwell comments.

In 2018 and 2019 for example, Colwell and co-researchers Antar Jutla, an engineering professor, and Anwar Huq, a cell biology and molecular genetics professor, made predictions that enabled medical and mitigation teams to plan ahead of Yemen’s cholera outbreaks. The forecasting tool was able to determine with 92 per cent accuracy the high-risk geographic areas for outbreaks in Yemen.

The everyday use of space technology has ceased to be the stuff of science fiction.” It is actual, and it is useful,” Colwell says.

Read more on the SciDevNet special issue on the COVID19 virus