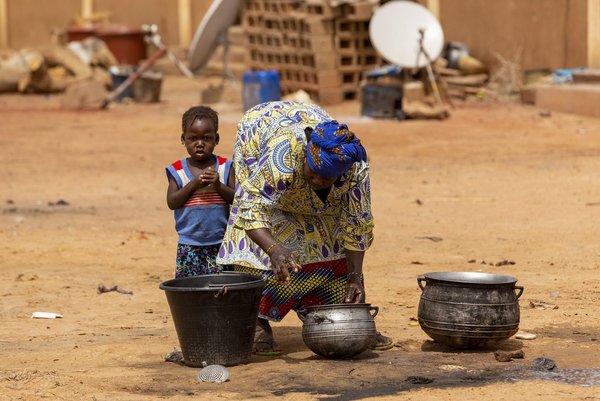 Livelihoods in developing countries are being threatened by the social and economic crisis triggered by COVID-19. Especially in the Central Sahel, where millions are food insecure, the situation is extremely worrying.

The growing COVID-19 crisis threatens to disproportionately hit developing countries, not only as a health crisis in the short term but as a devastating social and economic crisis over the months and years to come, the United Nations Development Programme (UNDP) warns in late March 2020.

Income losses are expected to exceed USD 220 billion in developing countries. With an estimated 55 per cent of the global population having no access to social protection, these losses will reverberate across societies, impacting education, human rights and, in the most severe cases, basic food security and nutrition, the experts warn.

UNDP has emphasised the need for three priority actions: resources to help stop the spread of the virus, support to respond during the outbreak itself, and resources to prevent the economic collapse of developing countries.

Severe food insecurity in the Central Sahel region of Africa

At a time when the COVID-19 pandemic is spreading into fragile countries in a region home to the weakest health systems anywhere in the world, the humanitarian crisis in the Central Sahel region of Africa is spiralling out of control. More than 5 million people are facing severe food insecurity across the region, according to a new joint food security assessment released in early April 2020 by food security partners including the United Nations World Food Programme (WFP).

Burkina Faso - which has seen the largest number of officially-reported deaths from COVID-19 anywhere in sub-Saharan Africa – is where the number of food insecure is expected to more than triple to 2.1 million people as the lean season sets-in in June, up from over 680,000 at the same time last year.

Across the Central Sahel – a region that encompasses Burkina Faso, Mali and Niger - the situation is extremely worrying, with the number of hungry rising steadily as the crisis deepens, also pushing 1.3 million people in Mali and 2 million people in Niger into severe food insecurity, WFP warns.

The number of internally displaced people has also increased four-fold across the Central Sahel, with numbers spiking in Burkina Faso to 780,000, up from half a million at the start of the year. These communities have been forced from their homes by extremist violence and now rely almost entirely on external assistance to survive