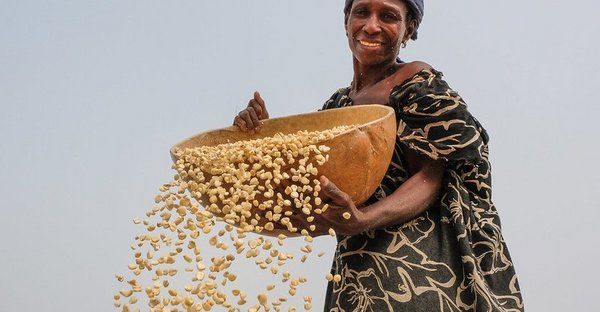 No need to sacrifice forests in quest for food security

Although many modelling forecasts and government policies suggest that forests must be destroyed to make way for agriculture and provide food security as the global population soars from 7.8 billion to meet U.N. projections of 9.7 billion by 2050, a new study shows that this need not be the case.

Scientists with the Center for International Forestry Research (CIFOR) conducted a review of global agricultural, forestry and land-use models to determine whether forests must necessarily fall victim to growing food demand. They analysed 63 models and found that 37 of them anticipate cropland expansion and a reduction in global forest and pastureland to feed the world’s population by 2050.

However, on a more positive note for the environment, a total of 20 scenarios project a 20 million to 2.8 billion hectare increase in forested areas, with nine predicting an increase in commercial, planted or managed forests and eleven projections anticipating that forest area will remain unchanged.

“Between 1850 and 2015, to try and meet demand, global cropland area increased by 110 per cent, pastureland increased by 59 per cent and forested landscapes decreased by 17 per cent,” says Nur Bahar, a plant biologist and a CIFOR associate scientist who led the review for a research paper since published in the Global Environmental Change journal in May 2020.

Feeding and production at all costs scenario does not consider forests

Right now, the food system is based on producing mass quantities of food– often wheat, maize and rice staples– rather than adequately diversifying production to better nourish human populations. “This scenario focused on ‘feeding’ and ‘production-at-all-costs’, does not adequately consider forests,” Bahar maintains.

“Until recently, forests were only perceived as a space for further agricultural expansion or as a threatened resource to protect from such expansion,” she adds. “We have much left to do to measure and amplify the significant links between forests, trees, food security and nutrition.”

Notably, in the models showing forest gain, projected food production levels were not reduced. In these scenarios, future food demand was met by increasing agricultural productivity, reducing consumption of animal products and lowering the volume of food wasted.

Currently, animal- and plant-based forest foods contribute to 0.6 per cent of the global food supply, according to statistics from the UN Food and Agriculture Organization (FAO) cited in the research paper. Research demonstrates that rural communities living in close proximity to forests often have more nutritious and diverse diets, and these nutritional benefits from forest ecosystems are often overlooked.

In addition to benefiting local communities, forests contribute significantly to global environmental equilibrium. Increasing the number of forested landscapes and reducing deforestation were prerequisites for reducing soil erosion and greenhouse gas emissions while increasing carbon sequestration and keeping post-industrial global temperatures in check as part of efforts to meet the goals of the UN Paris Agreement on climate change, Bahar said.

Bahar and colleagues wanted to understand how land-use change would be affected as demand for food grew. They also wanted to see whether forests would necessarily have to be the casualty. Their strategy of reviewing land-use projection models– typically based on food, forest scarcity and crisis frameworks– and evaluating potential outcome scenarios led to the discovery that economic incentives are critical.

They found that payments for keeping carbon stored in trees could form the basis of effective forest conservation strategies as demand for productive farmland increases. “This finding suggests that policies providing economic incentives for carbon stock conservation and enhancement are an effective option to reverse the trend of forest loss,” Bahar said.

Prevailing food production policies rely heavily on large-scale intensive farms, although evidence suggests that smaller farms have greater crop diversity and less post-harvest waste. These often family-run operations produce up to 34 per cent of the global food supply on 24 per cent of gross agricultural area.

Bahar noted that at the policy level, local governance and assigning monetary value to forests would be key in reshaping the global perspective on forests to take their contribution to food security into account.