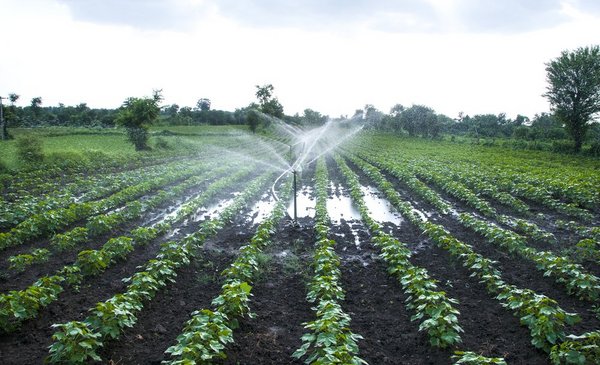 Warming of hot extremes has been regionally masked by expanding irrigation.
Photo: Shutterstock

Researchers from ETH Zurich and other universities have found evidence that expanding irrigation has dampened anthropogenic warming during hot days, with particularly strong effects over South Asia.

Large-scale irrigation is one of the land management practices with the largest effect on climate conditions – and especially hot extremes – in various regions across the globe. Yet how the climatic effects of irrigation compare to those of global warming is largely unknown.

In a new study published in Nature Communications in January 2020, an international team of researchers led by Sonia Seneviratne, Professor for Land-Climate Dynamics at ETH Zurich in Switzerland, examined the influence of irrigation more closely. They used observational data and global climate simulations to isolate the climatic effects of irrigation from the warming induced by other natural and human climatic drivers, predominantly greenhouse gas emissions.

The observational and model results consistently highlight a strong irrigation-induced cooling during warm extremes in intensely irrigated regions such as Southern Europe, North Africa, South Asia and the United States. The research team found that the effect of global warming contributing to more frequent and intense heat extremes was partly or completely offset by the cooling effect of irrigation over these regions, and South Asia in particular. Over South Asia, irrigation locally reduced the likelihood of hot extremes by a factor of two to eight, with particularly strong effects over the Indo-Gangetic Plain in South Asia.

“This means that, while global warming increases the likelihood of hot extremes almost globally, in some regions, irrigation expansion cancels or even reverses this effect,” explains Wim Thiery, who performed this research while he was a postdoc at the Institute for Atmospheric and Climate Science at ETH-Zurich.

“In summary, we showed that irrigation expansion has regionally masked the historical warming of hot extremes from anthropogenic greenhouse gas emissions and all other climate drivers combined,” adds Seneviratne.

Will the benefit continue?

While the irrigation-induced cooling is mostly limited to irrigation hotspots, these are often located in densely populated areas. Around one billion people, particularly on the Indian sub-continent, currently benefit from this dampened increase in hot extremes because irrigation massively expanded – it more than quadrupled in area – throughout the 20th century. These results therefore highlight that irrigation substantially reduced human exposure to warming of hot extremes. However, it is questionable whether this benefit will continue towards the future.

Diminishing groundwater reserves (fossil water) and retreating glaciers, e.g. in the Himalayas, may decrease water supply for irrigation in the long term. “Besides a possible stagnation or even decrease in the global area being irrigated, agricultural water use may potentially become more efficient to meet sustainable development goals related to water resources availability, food security and biodiversity,” Thiery points out.

In that case the irrigation-induced cooling might level off, leading to accelerated warming across the irrigation hotspots. At the moment, this is still hypothetical; the researchers aim to address this question with their on-going research.