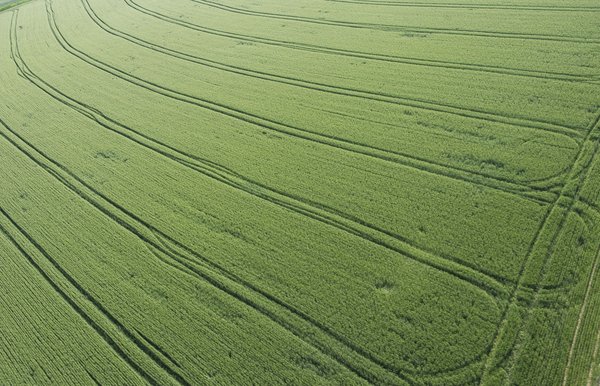 Two edged: the reason for the expanding greening is increasing yields in agriculture – which require fertilizer and increased irrigation.
Photo: Markus Breig, KIT

China and India lead in greening of the world

Intensive agriculture in China and India is making a decisive contribution to the greening of the Earth. Researchers are dubious about this, as the growth in biomass is the result in part of increased use of fertilizer and water.

The Earth is getting greener, and intensive agriculture and forestry by humans have played a major role for decades in the growth of foliage and biomass. This was reported in February 2019 by an international team of researchers from the USA, China, India, France, Denmark, Norway and Germany, several of whom are authors of articles in reports of the World Climate Council.

According to the announcement, China and India account for around one third of the Earth’s greening, although the two emerging nations have only nine per cent of vegetated global surface area. This conclusion is derived from high-quality NASA satellite data.

According to the researchers, it has long been known that the Earth is getting greener, but it was previously assumed that the increased content of the greenhouse gas carbon dioxide (CO2) in the atmosphere was encouraging plant growth. In this case, it would have been reasonable to assume that greening would be relatively equal all around the globe.

However, satellite data from 2000-2017 showed patterns of global greening in which regions of intensive agriculture and forestry such as China and India (and also Europe) stand out notably. The greening in China is from forests (42 %) and croplands (32%), but in India it is mostly from croplands (82%) with a minor contribution from forests (4.4%).

Global greening is a double-edged phenomenon

The areas under cultivation in China and India have not been expanded significantly since the early 2000s, but production of foods such as cereal, fruit and vegetables in the two countries with the largest populations in the world has risen by 35-40 per cent since 2000. The researchers attribute this growth in yields to increased use of fertilizer and irrigation.

Given the consequences e.g. for water quality of contamination with fertilizer, researchers are ambivalent about this greening. A generous supply of potassium, nitrogen and phosphorus to plants increases the volume of biomass and makes possible multiple harvests a year. In this way, the countries make a major contribution towards food security for the global population.

However, the researchers say that almost all agricultural regions still over-fertilize, damaging their environment as a result. At the same time, China is also working on the “Great Green Wall”, an ambitious afforestation project to counter desertification.