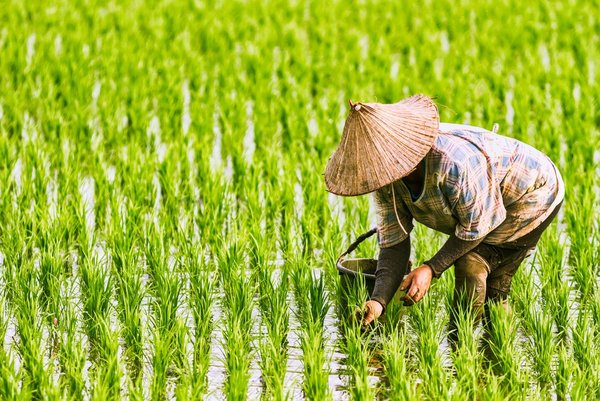 Scientists are worried that global rice harvests will be seriously impacted by climate change.
Photo : Shutterstock

Projections of global rice yields account for climate change. They do not, however, consider the coupled stresses of impending climate change and arsenic in paddy soils, as a new study by an international team of researchers shows.

Global warming could lead to global rice yields that are significantly lower than previously assumed. Rice could also contain significantly more of the toxic metalloid arsenic than current EU limits permit. This is the conclusion of an international team of researchers from the universities of Stanford USA, Tübingen Germany and Bayreuth Germany, headed by Dr Eva Marie Muehe, a researcher at Stanford and Tübingen universities. Based on the team’s scenarios, rice production could decline by up to 40 per cent by the end of this century. The study was published in the journal Nature Communications.

Rice is the most important staple foodstuff for over half the world’s population. Globally, it supplies most daily calories per capita. There has long been concern that climate change could reduce rice yields by up to 15 per cent through rising temperatures, increasing atmospheric CO2 content and water shortages. The new study looks at the combination of climate data and rising soil contamination, and calculated far more dramatic decreases in yields  - at a time of rapid growth in global population and resulting demand for food.

In Asia, which is responsible for 97 per cent of rice production, the toxic metalloid arsenic is naturally and extensively present in groundwater. Irrigation of rice paddies leads to even greater accumulation of arsenic in soils. “We found that rice plants increasingly absorb soil arsenic with rising temperature and atmospheric CO2 content,” Eva Marie Muehe says. Arsenic damages the formation of rice grains, further reducing yields already diminished by the conditions of global warming.

Using greenhouse studies and based on earlier simulation models, the researchers showed that global warming causes a drop of 16 per cent in yields of the Californian rice variety M206 alone. “If we include the increased availability of arsenic in soils, we arrive at a decrease in yield of 42 per cent,” Muehe says. This means that forecasts of future rice yields are significantly too high. Future rice production will also contain more arsenic, which is toxic for humans. Ongoing intake of significant quantities of arsenic can lead to skin lesions, cancer, exacerbation of lung diseases and even death.

The researcher intends to cooperate with other research teams to further improve the models for future rice production, taking into account the effect of pollutants such as arsenic. “The findings of the new study have enormous importance for estimating food security for much of the global population,” Eva Marie Muehe says.