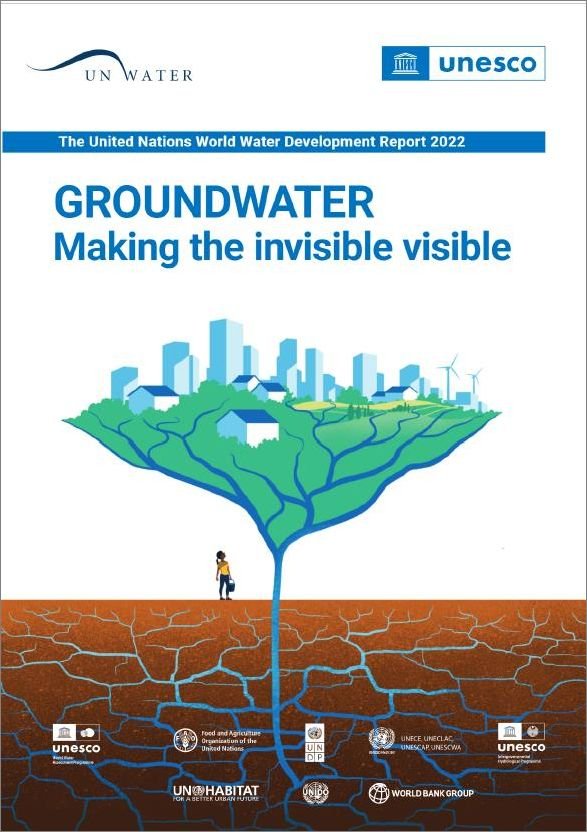 Dependence on groundwater is expected to rise as surface water availability becomes increasingly limited due to climate change. Groundwater is often the most cost-effective way of providing a secure supply of water to rural villages.

The latest edition of the United Nations World Water Development Report, titled “Groundwater: Making the invisible visible”, was launched by UNESCO on behalf of UN-Water at the 9th World Water Forum in March 2022.

Groundwater accounts for 99 per cent of all liquid freshwater on Earth. However, this natural resource is often poorly understood and consequently undervalued, mismanaged and even abused. As global water use is projected to grow by roughly 1 per cent per year over the next 30 years, the vast potential of groundwater, and the need to manage it sustainably, can no longer be overlooked, the report states.

Groundwater presently provides half of the volume of water withdrawn for domestic use by the global population, including the drinking water for the vast majority of the rural population who do not get their water delivered to them via public or private supply systems, and around 25 per cent of all water used for irrigation. The quality of groundwater is generally good, which means it can be used safely and affordably, without requiring advanced levels of treatment.

Certain regions, such as Saharan Africa and the Middle East for example, hold substantial quantities of non-renewable groundwater supplies that can be extracted in order to maintain water security. However, consideration for future generations and for the economic, financial and environmental aspects of storage depletion should not be overlooked.

In Sub-Saharan Africa, the opportunities offered by the vast aquifers remain largely underexploited. Only 3 per cent of farmland is equipped for irrigation – compared to 59 per cent and 57 per cent respectively in North America and South Asia – and only 5 per cent of that area uses groundwater.

As the report points out, this low use is not due to a lack of renewable groundwater (which is often abundant), but rather by a lack of investments in infrastructure, institutions, trained professionals and knowledge of the resource. The development of groundwater could act as a catalyst for economic growth by increasing the extent of irrigated areas and therefore improving agricultural yields and crop diversity.

The report highlights three points that have to be considered to unlocking groundwater’s full potential: Collecting data, strengthening environmental regulations as well as reinforcing human, material and financial resources.