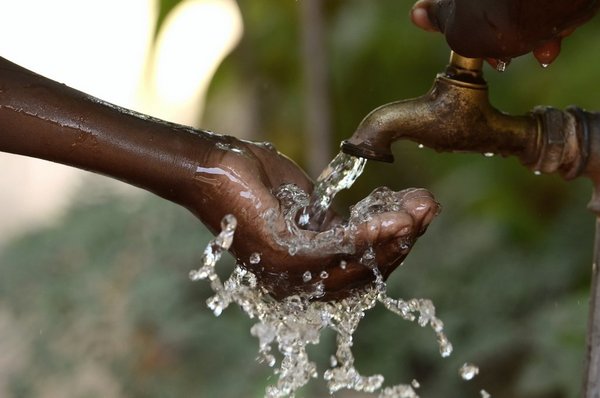 Inadequate water supply is still a huge problem in many parts of the world.
Photo: ©Riccardo Mayer/Shutterstock.com

Action for Water Adaptation and Resilience

Launched during the UN Climate Change negotiations in November 2022, the new Action for Water Adaptation and Resilience (AWARe) initiative reflects the importance of water both a key climate change problem and a potential solution.

Currently, 3.6 billion people face inadequate access to water at least one month a year, and this is expected to increase to more than 5 billion by 2050. UN-Water has reported that between 2001 and 2018, 74 per cent of all natural disasters were water-related (i.e. flood and droughts). Water-related hazards are therefore an important part of the new initiative to achieve Early Warnings For All in the next five years.

The AWARe initiative, which was drafted by the COP27 Presidency with support of the World Meteorological Organization (WMO), is a collective effort, with input from many stakeholders and UN agencies.

In close cooperation with the African Union (AU) and the African Ministers' Council on Water (AMCOW), among other stakeholders, the initiative aims at offering transitional adaptation solutions for planet and people. AWARe has three principal aims:

The AWARe initiative promotes measures to decouple economic growth from freshwater use and degradation; develop national utilisation plans, adaptation and mitigation strategies and protect and restore freshwater ecosystems; seek cooperative analysis of river basin-scale adaptation and mitigation options and risk of mal-adaptation, and support mutually agreed policy solutions to advance a ‘do no harm’ approach.

It seeks to support promotion of sustainable waste-water management, sanitation policies and strategies, and water-wise energy pathways besides working on improving early warning systems for extreme weather events. It will also work towards linking water resources policies with national climate action to reflect climate change long-term impacts on water resources and demand, and to support preparedness and adaptation measures.

Hosted by Egypt, the Pan-African Center for Water Climate Adaptation will ensure the principal delivery mechanism and will focus on main activities and actions including finance, technology and capacity building.