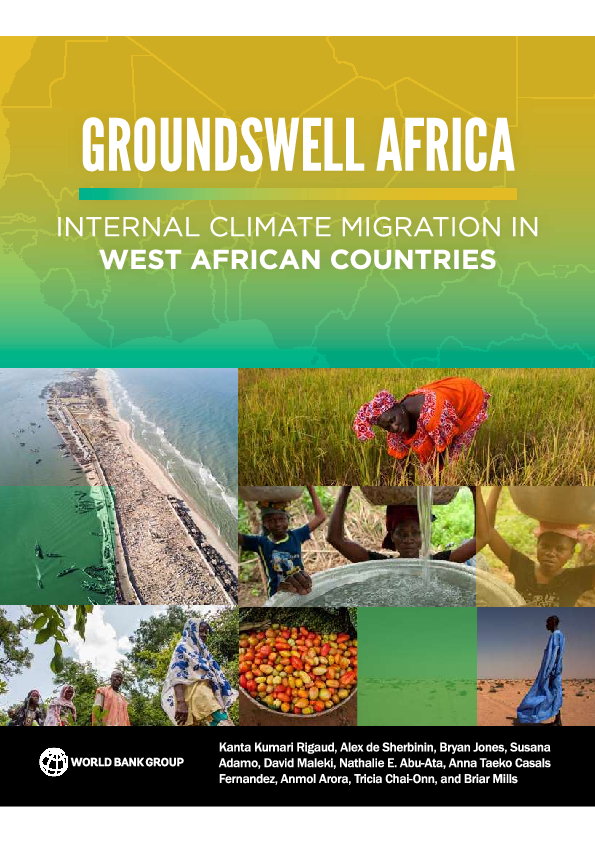 Climate change impacts will lead to large-scale migration across the African continent, according to this report. But green, inclusive and resilient development could reduce the scale of climate migration, the authors say.

The African continent will be hit the hardest by climate change, with up to 86 million Africans migrating within their own countries by 2050, according to the report Groundswell Africa : Internal Climate Migration in West African Countries published by the World Bank in October 2021.

Slow-onset climate-change impacts, like water scarcity, lower crop and ecosystem productivity, sea level rise, and storm surge, will increasingly cause people to migrate. Some places will become less liveable because of heat stress, extreme events and land loss, while other areas may become more attractive as a consequence of climate-induced changes, like increased rainfall. Unattended, these shifts will not only lead to climate-induced migration but will potentially deepen existing vulnerabilities, leading to increased poverty, fragility, conflict, and violence.

People’s mobility will be influenced by how slow onset of climate impacts will interact with population dynamics and the socio-economic contexts within countries, the authors say. However, efforts to support green, inclusive and resilient development could reduce the scale of climate migration by 30 per cent in the Lake Victoria region and as much as 60 per cent in West Africa.

The authors recommend the followings action to reduce the scale and trajectory of climate-induced migration across Africa:

The Groundswell Africa series is a sequel to the 2018 Groundswell report and complements the recently released Groundswell II report, providing in-depth analysis on potential scale and spread of internal climate migration in West Africa and the Lake Victoria Basin, with country-level analysis from Nigeria, Senegal, Tanzania, and Uganda.