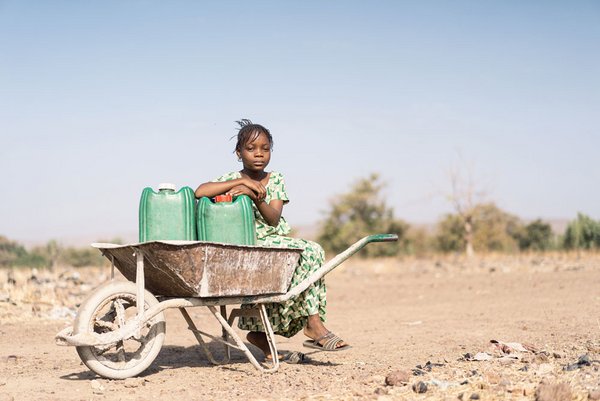 The Sahel crisis is one of the worst humanitarian crises on a global scale.
Photo: © Riccardo Mayer/Shutterstock

Cereal production in some parts of the Sahel has dropped dramatically, while food prices have increased and the ongoing Russia-Ukraine conflict is likely to cause a significant drop in wheat availability for six West African countries.

West Africa is hit by its worst food crisis in a decade, with 27 million people going hungry. The number could rise to 38 million this June - a new historic level and already an increase by more than a third over last year- unless urgent action is taken.

Over the past decade, food crises have been increasing across the West African region, including in Burkina Faso, Niger, Chad, Mali and Nigeria. Between 2015 and 2022, the number of people in need of emergency food assistance nearly quadrupled, from 7 to 27 million.

“Cereal production in some parts of the Sahel has dropped by about a third compared to last year. Family food supplies are running out. Drought, floods, conflict and the economic impacts of COVID-19 have forced millions of people off their land, pushing them to the brink" says Assalama Dawalack Sidi, Oxfam's regional director for West and Central Africa.

Dramatic impact on women and girls

Despite the crucial role that women and girls play in being responsible for feeding the household, social norms imply that when there is not enough food for everyone, they are the first to deprive themselves or make sacrifices, putting their health or lives at risk.

In addition to conflict and insecurity, pockets of drought and poor rainfall distribution have reduced communities' food sources, especially in the Central Sahel. To make up for the gap, many families are selling their assets, jeopardizing their productive capacity and the future of their children. Young girls may be forced into early marriage and other forms of gender-based violence may increase as food becomes scarcer.

Food prices have increased by 20-30 per cent over the past five years in West Africa. While food reserves are dwindling in the Sahel, the crisis in Ukraine is making the situation dangerously worse. According to the Food and Agriculture Organization of the United Nations, food prices could rise by another 20 per cent worldwide. In addition, the crisis is likely to cause a significant decrease in wheat availability for six West African countries that import at least 30 per cent, and in some cases more than 50 per cent, of their wheat from Russia and Ukraine.

Another likely effect of the crisis in Europe is a sharp drop in international aid to Africa. Many donors have already indicated that they may make cuts in their funding to Africa. For example, Denmark has announced that it will postpone part of its bilateral development assistance to Burkina Faso (50 per cent in 2022) and to Mali (40 per cent in 2022) rather than fund the reception of people who have fled their homes in Ukraine with new money.