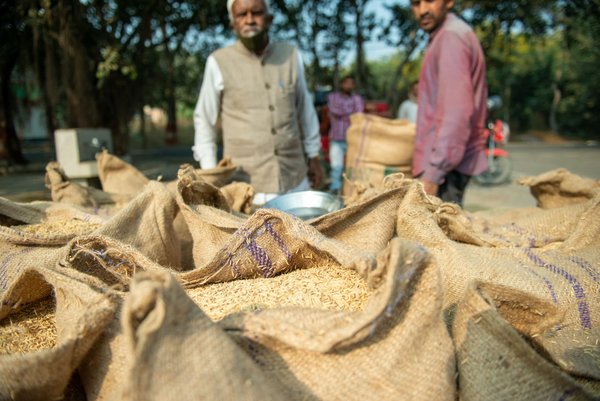 The war in Ukraine is causing wheat prices to soar.
Photo: © PradeepGaurs/Shutterstock

World food prices are continuing to soar; even though they had already reached a provisional all-time high in February 2022, FAO reported a new peak for March.

World food commodity prices made a significant leap in March to reach their highest levels ever,  war in the Black Sea region spreading shocks through markets for staple grains and vegetable oils, the Food and Agriculture Organization of the United Nations (FAO) reported early April 2022.

The FAO Food Price Index averaged 159.3 points in March, up 12.6 per cent from February when it had already reached its highest level since its inception in 1990. The latest level of the index was 33.6 per cent higher than in March 2021.

The FAO Cereal Price Index was 17.1 per cent higher in March than in February, driven by large rises in wheat and all coarse grain prices largely as a result of the war in Ukraine, FAO states. While wheat and maize prices rose most, rice prices changed little from February.

The FAO Sugar Price Index rose 6.7 percent from February, reversing recent declines to reach a level more than 20 per cent higher than in March 2021. Higher crude oil prices were a driving factor, along with currency appreciation of the Brazilian Real, while favourable production prospects in India prevented larger monthly price increases.

The FAO Dairy Price Index rose 2.6 per cent and was 23.6 per cent higher than in March 2021, as quotations for butter and milk powders rose steeply amid a surge in import demand for near and long-term deliveries, especially from Asian markets.