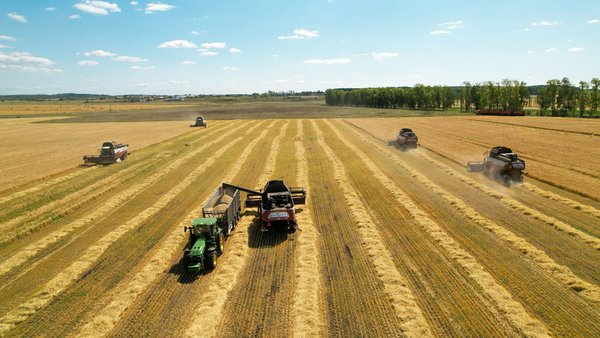 Russia-Ukraine Conflict could cause a food crisis

Russia and Ukraine are among the most important producers of agricultural commodities in the world. Trade disruptions caused by the ongoing Russia-Ukraine Conflict could lead to food crises in several countries.

Many countries that are highly dependent on imported foodstuffs and fertilisers, several of them Least Developed Countries (LDC) or Low-Income Food-Deficit Countries (LIFDC), rely on Ukrainian and Russian food supplies. Both countries are net exporters of agricultural products, playing leading supply roles in global markets of foodstuffs and fertilisers.

In an opinion article published on 11 March 2022 on the website of the Food and Agriculture Organization of the United Nations (FAO), FAO Director-General Qu Dongyu warns of a serious food crisis, especially in Northern African countries caused by the Russia-Ukraine Conflict.

Russia is the world’s largest exporter of wheat, and Ukraine is the fifth largest. Together, they provide 19 % of the world’s barley supply, 14 % of wheat, and 4 % of maize, making up more than one-third of global cereal exports. They are also lead suppliers of rapeseed and account for 52 % of the world’s sunflower oil export market. The global fertilizer supply is also highly concentrated, with Russia as the lead producer.

“Supply chain and logistical disruptions on Ukrainian and Russian grain and oilseed production and restrictions on Russia’s exports will have significant food security repercussions”, FAO Director-General Qu Dongyu writes. ”This is especially true for some fifty countries that depend on Russia and Ukraine for 30 % or more of their wheat supply. Many of them are least developed countries or low-income, food-deficit countries in Northern Africa, Asia and the Near East. Many European and Central Asian countries rely on Russia for over 50 % of their fertilizer supply, and shortages there could extend to next year.”

Egypt, Turkey, Bangladesh, and Iran are buying more than 60 % of their wheat from Russia and Ukraine, while Lebanon, Tunisia, Yemen, Libya, and Pakistan also rely heavily on the two coun-tries for their wheat supply.

Qu Dongyu points out that food prices are already on the rise since the second half of 2020 and reached an all-time high in February 2022. Likely disruptions to agricultural activities of these two major exporters of staple commodities could seriously escalate food insecurity globally, he warns. According to FAO’s simulations, the resulting global supply gap could push up international food and feed prices by 8 to 22 % above their already elevated levels.

The FAO has prepared an in-depth analysis of the possible impacts of the ongoing conflict. This includes market shares and trade profiles, as well as risks associated with trade, prices, logistics, production, energy and humanitarian issues. The Information Note The importance of Ukraine and the Russian Federation for global agricultural markets and the risks associated with the current conflict is available at the FAO website.

Read the opinion article by Qu Dongyu, Director-General of the Food and Agriculture Organization of the United Nations (FAO) at FAO website