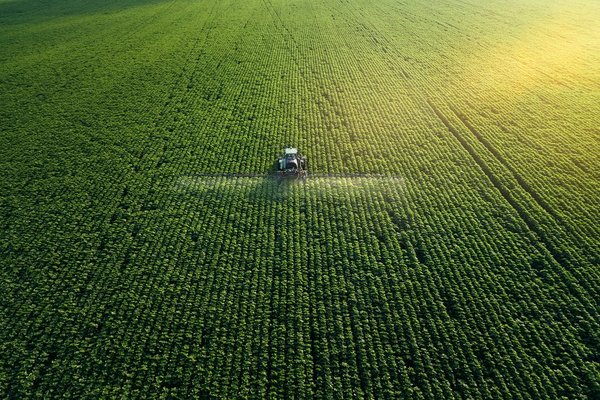 Over half of nitrogen inputs to croplands are lost to the environment.
Photo: ©KarlosWest/Shutterstock.com

It is possible to reduce nitrogen pollution, and the costs for this are relatively low. One important obstacle to implementing abatement measures is that the benefits of reducing nitrogen pollution are not seen by the farmers themselves, but only pay off for society as a whole.

Nitrogen pollution has become a global challenge and represents a potential crisis. An international team of researchers have explored cost-effective nitrogen mitigation strategies for global croplands in a new study, the Potsdam Institute for Climate Impact Research (PIK)/Germany reports on its website in January 2023.

To increase food and feed supply, agriculture has used more and more industrial nitrogen fertilisers and manure. However, over half of these nitrogen inputs to croplands are currently lost to the environment, contributing to air pollution and its related diseases, water eutrophication, soil acidification, climate change and biodiversity loss.

The scientists show that if smart abatement measures were implemented on global croplands, these global changes could generate USD 476 billion in societal benefits for food supply, human health, ecosystems and climate, at a net abatement cost of only USD 19 billion. “However, these measures and technologies are seldom fully implemented by farmers due to many constraints, such as a high heterogeneity of best practices on the local scale and high implementation costs for farmers,” says lead author Baojing Gu of Zhejiang University, China.

“The most important barrier so far is that many of the benefits of reducing nitrogen pollution are not seen by the farmers themselves, but only pay off for society as a whole – in the form of clean and healthy air, clear lakes, and a biodiverse and resilient nature,” explains PIK’s Benjamin Bodirsky, co-author of the study.

Moreover, farmers who spend time and efforts for reducing their nitrogen pollution to very low levels have difficulties competing against those who do not care, as they usually get the same market price for their grains but receive no compensation for lowering the pollution for the environment.