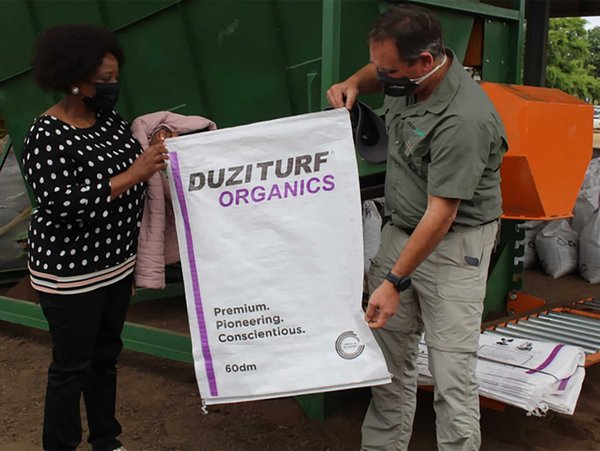 Food security thanks to faeces and waste

Together with partners in four African countries, researchers at ETH Zurich/Switzerland are creating circular economies that use processed organic waste and human excreta as fertiliser or animal feed, resulting in higher crop yields and new jobs. The project is funded by the Swiss Agency for Development and Cooperation (SDC).

Around 250 million suffer from hunger or malnourishment. One reason is that agricultural soils have not been receiving enough nutrients. As a result, crop yields are declining. At the same time, many cities in sub-Saharan Africa face challenges with their sanitation and solid waste management.

Usually, researchers regard these two problems as separate issues. This is not the case, however, in ETH Zurich’s Sustainable Agroecosystems research group, led by Professor Johan Six: “We want to establish regional circular economies in which local people reuse nutrients from faecal matter and organic waste as fertiliser for growing food or as animal feed,” he says.

Since 2019, in collaboration with ETH Zurich’s Transdisciplinarity Lab (TdLab), Six’s group has been leading the Runres research for development project, which is funded by SDC. The researchers and their local partners in Ethiopia, Rwanda, the Democratic Republic of the Congo, and South Africa have shown that they are able to improve food security as well as waste management by recycling organic waste in a clever way. Local entrepreneurs’ direct involvement in these projects has created new jobs, particularly for women.

One example is from South Africa. In many of the  country’s rural areas, people still dispose of their human excreta in pit latrines. This poses a great challenge for municipalities as the latrines fill up quickly. It also increases people’s risk of coming into contact with pathogens.

Benjamin Wilde, a postdoc at the ETH Chair of Sustainable Agroecosystems and coordinator of The Runres project in Zurich, is trying to solve this problem together with local partners in the Msunduzi municipality. “We’re working with the local company Duzi Turf, a public utility, and the municipality to produce compost from sewage sludge and urban green waste. This is then used as fertiliser,” Wilde says.

While the municipality supplies the green waste and the public utility company the sewage sludge, the company is responsible for the composting. However, this collaboration of public and private actors does more than just empty latrines. The organic fertiliser also enhances soil fertility and thus increases local farmers’ crop yields.

The ETH Zurich researchers are also involved in a Runres project in Arba Minch, in the south of Ethiopia. This area is a big banana-growing region. Many farmers send their raw bananas to Addis Ababa where they are then sold to urban consumers. Being at the bottom end of the value chain, the farmers themselves make very little money.

Over the past two years, the ETH Zurich researchers have established a factory to produce value-added banana products such as flour and banana chips together with a local business. The company sells these products directly to supermarkets, schools and hospitals.

“Thanks to the higher profit margins, the company can pay farmers a higher price for their bananas. That means more added value and, ultimately, more jobs stay in the region,” Wilde says.

As fertiliser, the banana farmers are now using compost made from organic waste by another company that is also part of the Runres project. This company is using the potassium-rich banana peels produced by the banana-processing facility to make compost and animal feed. In keeping with the Runres ethos, all these innovations lead to a regional circular economy that recycles waste and uses it as fertiliser in agriculture.

Local partners are involved from the beginning

Not only is the Runres project improving the income and living conditions of the local population; the way in which they have been carried out is also new: In each of the four African countries where Runres operates, it employs at least two well-connected local project assistants who have intimate knowledge of the country and know whom to address in setting up a circular economy.

These potential partners then met on transdisciplinary innovation platforms moderated by Runres staff. “Rather than approach local players with ready-made solutions, we developed and implemented innovations with them,” says Pius Krütli, the co-director of ETH Zurich’s TdLab. “With this approach, we not only share responsibility, but also create a common ownership among the local actors.”

During the project’s initial phase, which ends in the first half of 2023, the researchers want to demonstrate how their concept of regional circular economies works.

In the second phase, which will last until 2027, the ETH Zurich researchers and their partners in Africa intend to expand their projects with the final objective to become self-sustaining activities – without SDC assistance.

Read the full article on the ETH-Website