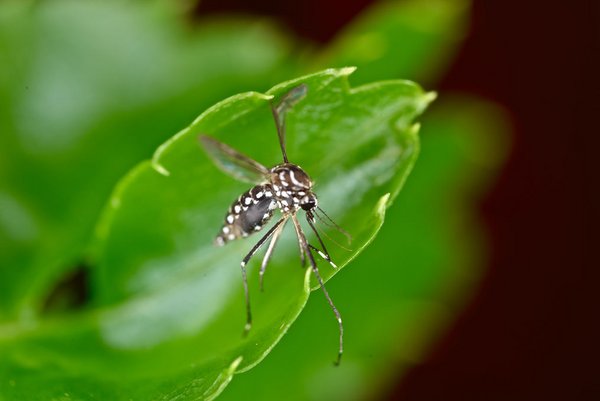 The yellow fever mosquito (Aedes aegypti) is the primary vector of the yellow, dengue and zika fevers, as well as several other viral diseases. Originally probably indigenous to Africa, it is now found in other parts of the world.
Photo: © Rafael Xavier/Shutterstock

A new study shows the economic costs of invasive species and how they relate to corresponding management measures. It concludes that precautionary measures could save a trillion euro worldwide.

The financial losses caused by troublesome plants and animals brought to new regions by humans are at least ten times as great as the cost of preventive measures. According to a study published in February 2022 in the journal “Science of the Total Environment”, preventive management could save a trillion euro worldwide.

“Like climate change, invasive species are an enormous threat to biodiversity. Among other things, they change biotopes and take away food and resources from indigenous animals – in addition to this damage, they are simply expensive,” explains Dr Phillip Haubrock of the Senckenberg Research Institute and Natural History Museum, Frankfurt. He continues: “By the time we recognise the environmental impact of invasive species, they are often firmly established and widespread. It is difficult to convince policy makers to invest in something which is not yet a problem, but our research shows clearly how valuable a prophylactic approach would be.”

The study shows that expenditure on measures to combat invasive species since 1960 has totalled around 84 billion euro. The researchers compare this to the costs of the damage – losses in agriculture and forestry, damage to the infrastructure, burden on healthcare systems – over the same 60-year period, which they calculate as at least 976 billion euro. Only 2.5 billion euro was spent on proactive preventive measures. The overwhelming part of the costs of management was accounted for by control or eradication measures. But these are often taken so late that they are no longer successful, according to the researchers. However, where investment in management measures was made before invasive species spread, these plants and animals no longer figure in the list of the top economic pests, they say.

Spending on combating invasive species is rising annually; in 2020 alone, over 3.7 billion euro was spent on this worldwide. “Preventing invasive species from entering at all means that the enormous damage and losses they cause would not have to be borne by areas of society such as agriculture, fishing or forestry. We hope that our work will influence politicians and decision makers to invest in management of invasive species earlier, in order to protect the ecosystems and national economies from their negative impact,” Haubrock says.