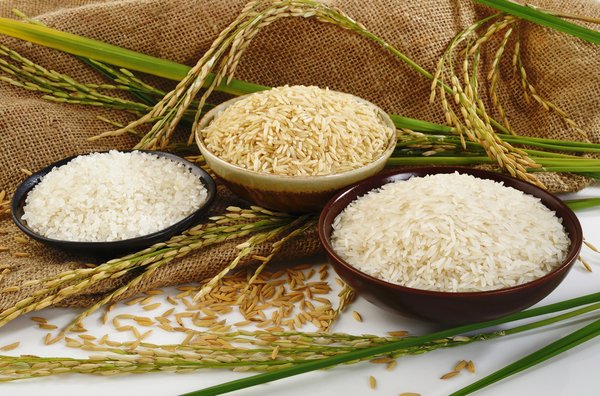 In many countries, where rice is a staple, the rice is parboiled with the husk that contains arsenic taken from the groundwater and the soil.
Photo: Shutterstock

Arsenic contamination in rice poses a serious health risk in many parts of the world. Now an international study has shown that husking rice before parboiling reduces arsenic content, potentially lowering the risk of cancer.

Harvested rice grains are traditionally parboiled with the husk on in some countries. But rice husks contain significant amounts of arsenic compounds. In a recent study scientists from Bangladesh and Northern Ireland show that husking rice before parboiling reduces arsenic content, potentially lowering the risk of cancer. The study was published in late April in the journal Environmental Science and Technology.

About half of the 700 million tonnes of rice harvested annually across the world is subjected to parboiling. However the traditional method of parboiling does not remove inorganic arsenic, which naturally occurs in groundwater and contaminates the husk, the study shows.

Parboiling husked whole grain, on the other hand, not only reduces arsenic by 25 per cent, but also increases the grain’s calcium content significantly, according to the researchers.
Arsenic is found in two forms: inorganic arsenic and organic arsenic, in which the arsenic atoms remain attached to carbon atoms.

Mahmud Hossain Suman, study co-author and researcher at Bangladesh Agricultural University, Mymensingh, said: “Our aim was to remove inorganic arsenic because it is much more toxic than organic arsenic.”  Arsenic causes cancers of the skin, urinary bladder, kidneys and lungs. Besides drinking water, rice is another route to arsenic exposure in countries such as Bangladesh, China, India and Vietnam, where rice is a staple.

Research in Bangladesh shows heavy arsenic contamination in the groundwater

Rice readily takes up arsenic from soil and groundwater. This is especially a problem in Bangladesh, where it is estimated that groundwater pumped from shallow aquifers for irrigation adds one million kilogrammes of arsenic per year to arable soil.

The Codex Alimentarius Commission, the UN body responsible for setting food safety standards and jointly run by the World Health Organization (WHO) and the UN Food and Agriculture Organization (FAO), has set a maximum limit of 0.2 milligrammes of arsenic per kilogramme of polished rice.

Husked whole grain parboiling lets inorganic arsenic escape, the researchers explained. On the other hand, when parboiling unhusked rice, the high levels of arsenic in the husk can get transferred to the grain during the parboiling process.

The scientists, led by Andrew Meharg from Queen’s University, Belfast, Northern Ireland, tested the efficiency of the modified parboiling process at 13 locations across Bangladesh and found that it removed 25 per cent of arsenic in whole grain rice across all sites.

Parboiling whole grain fortifies polished rice grain with calcium by 213 per cent. This is thought to be due to migration of calcium from the outer layer of rice to inner layers during parboiling.