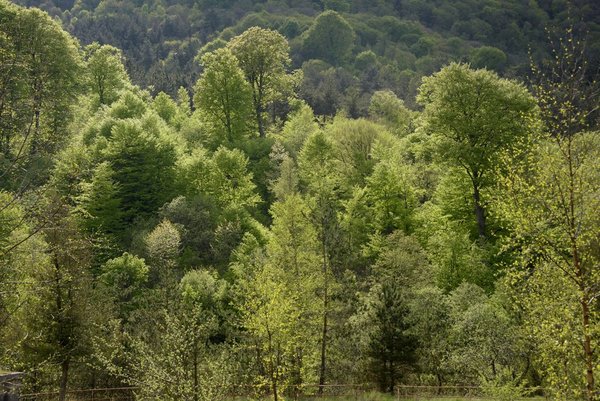 Despite global commitment: The state of forests is getting worse

Forest loss spikes despite the pledge to halve deforestation by 2020, an assessment of progress on protecting and restoring global forests shows. Deforestation has accelerated since the endorsement of the New York Declaration on Forests.

Five years after the New York Declaration on Forests (NYDF), a landmark pledge to cut the rate of natural forest loss by half and restore millions of hectares of land by 2020, the global state of forests has dramatically worsened, according to the Five-year assessment of progress on protecting and restoring global forests by NYDF Assessment Partners published in September 2019.

The findings show that since hundreds of governments and companies endorsed the NYDF at the 2014 UN Climate Summit, the annual rate of tree-cover loss has increased 43 per cent, reaching over 26 million hectares per year—an area the size of the United Kingdom. Tropical forests have taken the biggest hit, accounting for over 90 per cent of global deforestation between 2001 and 2015.

Under the NYDF and the 2011 Bonn Challenge, countries pledged to restore a total of 150 million hectares of land by 2020 and restore at least an additional 200 million hectares by 2030 —  an approach increasingly viewed by scientists and policymakers as a proven, cost-effective and immediately available climate solution.

But the report found that only a sliver of this restoration has taken place — 27 million hectares of forests (increase in additional tree and forest cover) over the last two decades. That is roughly equivalent to the area of forest lost every year, and it represents 18 per cent of the area countries committed to restore by the end of next year.

Although less than 20 per cent of the pledge’s overall restoration goals have been met, some endorsers of the NYDF, including El Salvador, Ethiopia and Mexico, have made strides in planting trees. A surge of new trees has cropped up on farms and pastures, providing income, food and protection from extreme weather, but efforts to regrow natural forest areas, which offer far more carbon as well as biodiversity benefits, have only seen slow progress.

And even restoring natural forests cannot compensate for the loss of primary forests, the authors point out. It can take decades to centuries for forests to recover their full carbon-absorbing and weather-regulating capabilities. Forests must be restored in addition to protecting them.

According to the report, the countries with the highest forest loss in the last five years include four Amazon Basin countries: Brazil, Bolivia, Colombia and Peru. There are also troubling new hotspots of increasing forest loss in West Africa and the Congo Basin. The Democratic Republic of Congo has more than doubled its deforestation in the last five years. In Asia, most forest is lost in Indonesia, Malaysia and Cambodia. However, the report shows there have been positive trends in the region for example in Indonesia.

Clearance for agriculture is the largest driver of deforestation

Since the NYDF was endorsed, the largest driver of deforestation has been forest clearance for agriculture, including the industrial-scale production of commodities like beef, soy and palm oil. The inability of companies engaged in forest-risk commodities to meet commitments to remove deforestation from their supply chains contributes to the forest crisis.

Also part of the problem are the limited improvements in forest governance, including strengthening forest protection laws, enforcement in producer countries and adoption of demand-side regulation from consumer countries.

The NYDF was first endorsed at the UN Climate Summit in 2014 as a voluntary, non-binding international declaration for action on global forest loss. Now it has over 200 endorsers, including national governments like Colombia, Germany, Norway, Peru, the UK and the United States of America, and sub-national governments that include Acre, Amapá and Amazonas in Brazil. Large companies are also signatories, including McDonalds, Johnson & Johnson, Walmart and Unilever. Over 60 non-governmental organisations are endorsers, as are over 20 groups representing indigenous communities.