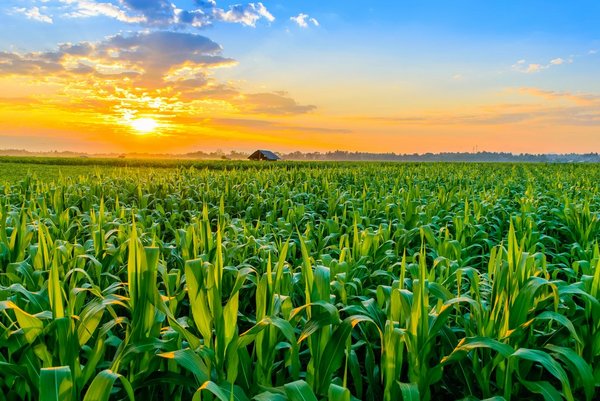 COP26 – The role of agriculture in climate protection

The agri-food sector is an important contributor to GHG emissions, with supply chains, deforestation and farming practices being the main source of emissions. Improving crop and livestock activities could reduce total anthropogenic emissions by up to 7 per cent, according to FAO.

The Food and Agriculture Organization of the United Nations (FAO) sheds a light on the role of agriculture in climate protection at the UN Climate Change Conference of the Parties’ (COP26) in Glasgow, UK, early November 2021.

Agriculture is the main driver of deforestation

Agricultural expansion drives almost 90 per cent of global deforestation – an impact much greater than previously thought, FAO stated at COP26.

Agriculture remains the main driver of deforestation in all regions except for Europe, where urban and infrastructure development have a higher impact, the study says. Conversion to cropland dominates forest loss in Africa and Asia, with over 75 per cent of the forest area lost converted to cropland. In South America, almost three quarters of deforestation is due to livestock grazing.

The new data also confirms an overall slowdown in global deforestation while warning that tropical rainforests, in particular, are under high pressure from agricultural expansion.

Targeted action in agriculture could have a massive impact on climate change, according to a joint brief by the Investment Centre of FAO and the European Bank for Reconstruction and Development (EBRD) presented at COP26.

The mitigation potential of crop and livestock activities, including soil carbon sequestration and better land management, is estimated at 3 to 7 per cent of total anthropogenic emissions by 2030. The potential economic value of mitigating these emissions could amount to USD 60 billion to USD 360 billion, the two institutions say.

The brief highlights the huge potential for engaging food and land-use systems in the fight against climate change. It also shows how the agriculture sector is uniquely placed to be part of the carbon neutral solution through reducing emissions, while maximizing its potential to act as a carbon sink by absorbing more carbon from the atmosphere than it releases. A full report will be published early 2022.

The food supply chain is on course to overtake farming and land use as the largest contributor to greenhouse gases (GHGs) from the agri-food system in many countries, due to rapid growth driven by food processing, packaging, transport, retail, household consumption, waste disposal and the manufacturing of fertilizers, according to new data presented by FAO at COP26.

Factors unrelated to on-farm activities and land-use changes already account for more than half of the carbon dioxide emissions from agri-food systems in advanced regions, and their share has more than doubled over the past three decades in developing countries.

Agri-food-system GHG emissions from Asia, the world’s most populous region, are by far the greatest, followed by Africa, South America, Europe, North America and Oceania.

However, the study found that GHG missions from pre- and post-production phases of the food-supply chain accounted for more than half of the agri-food system total in both Europe and North America, while the figure was below 14 per cent for Africa and South America.