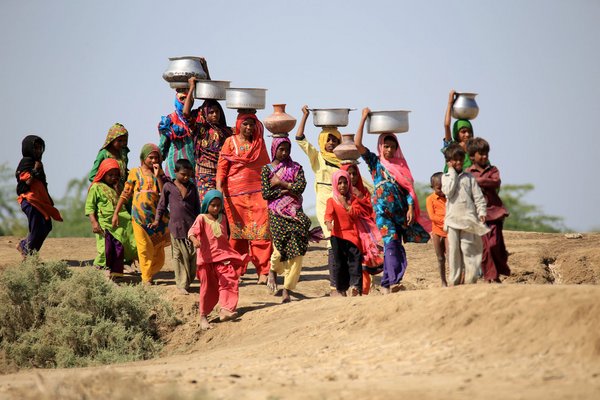 Disasters affect all genders differently, though women suffering most. Moreover, billions of women don’t have the same economic rights as men.

This year’s International Women’s Day, 8 March 2022, is dedicated to “Gender equality today for a sustainable tomorrow” and calls for climate action for women.

There is rising awareness that disasters affect all genders differently and recent research by UN Women and UNICEF has confirmed this.  Women and girls were found to die in greater numbers and have different and uneven levels of resilience and capacity to recover. For example, 95 per cent of deaths in the Solomon Islands’ 2014 flash floods were women, 55 per cent of deaths in the 2015 earthquake in Nepal were women, and 59 per cent of people displaced following Cyclone Idai in 2019 in Malawi were women. These findings are confirmed by another study, which highlighted that women are 14 times more likely than men to die during a disaster, according to UN Women.

“Around the world, women and girls are leading the charge on climate change adaptation and disaster risk reduction. Their experience is a vital resource for others.” said UN Women’s Executive Director, Sima Bahous. “The Hub consolidates access to critical tools on women’s resilience to disasters and provides a platform for amplifying women’s voices.”

Around 2.4 billion women of working age are not afforded equal economic opportunity and 178 countries maintain legal barriers that prevent their full economic participation, according to the World Bank’s Women, Business and the Law 2022 report published in March 2022. In 86 countries, women face some form of job restriction and 95 countries do not guarantee equal pay for equal work.

Globally, women still have only three quarters of the legal rights afforded to men. Nevertheless, despite the disproportionate effect on women’s lives and livelihood from the global pandemic, 23 countries reformed their laws in 2021 to take much-needed steps towards advancing women’s economic inclusion, according to the report.

Sub-Saharan Africa shows a wide range of performance on the Women, Business and the Law index, ranging from 89.4 in Mauritius to 29.4 in Sudan. The region implemented comprehensive reforms, achieving the second highest improvement in the index last year. Gabon stands out, with comprehensive reforms to its civil code and the enactment of a law on the elimination of violence against women.

Read more on the report Women, Business and the Law