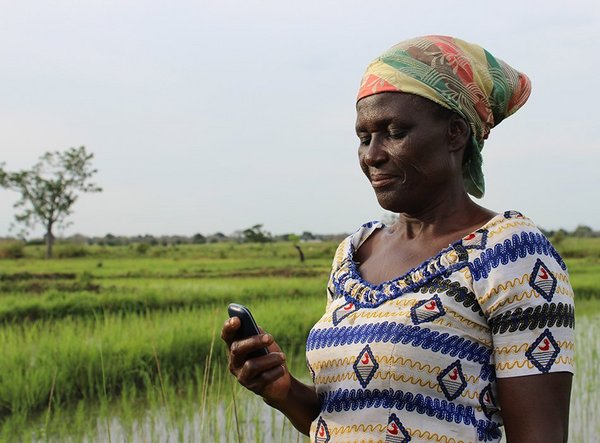 A survey among small-scale farmers in sub-Saharan African countries is bringing their voices to the UN Food System Summit. They are sending a message of optimism and caution.

Small-scale farmers in sub-Saharan Africa are impacted disproportionately by climate change, poverty and undernutrition, yet many of them remain optimistic about the future of farming, according to a survey by Farm Radio International (FRI), the International Fund for Agricultural Development (IFAD), World Vision Canada and the Canadian Food Security Policy Group (FSPG) published in September 2021.

Of the thousands of farmers taking part in the four-country survey, two-thirds believe their children can succeed in farming, although many have cautioned that food systems will need to change in order to make living incomes possible.

“Small-scale farmers working on plots of less than two hectares produce over 30 per cent of global food, and yet there are significant barriers to their participation in global discussions and decision-making processes,” said Kevin Perkins, FRI spokesperson. “This report helps change that.”

Respondents called for better access to loans and credit, inputs, better markets and more information, as well as better training on farming techniques and business management. Women farmers, in particular, emphasised the need for access to loans, credit and financial support as vital for their success.

Many respondents noted specific concerns about the effects of chemical pesticides and fertilisers on the safety of food, and emphasised the benefits of agro-ecological approaches and basing food production around local farming systems.

Compared to men, women were more concerned about household nutritional intake, were more likely to consider loans and credit as key to farming success, and relied more strongly on informal networks such as friends and neighbours for information.

Read the report, explore the results, and listen to the voices of farmers