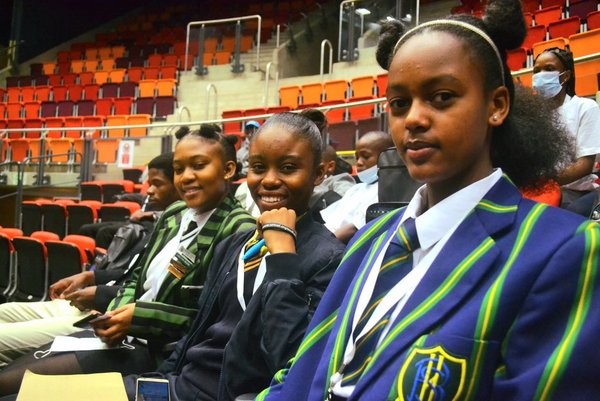 A Call to Action to end child labour

Participants at the Global Conference on the Elimination of Child Labour discussed how to end child labour. Without a breakthrough in the agricultural sector, the goal of ending child labour by 2025 (SDG 8.7) will not be achieved, they say.

More than 1,000 delegates from governments, workers’ and employers’ organisations, UN agencies, civil society and regional organisations met at the 5th Global Conference on the Elimination of Child Labour from the 15th-20th May in Durban/South Africa. They were joined by another 7,000 online participants.

For the first time in the history of these global child labour conferences, the event was also attended by child delegates, who made clearly voiced their expectations that decision-makers should step up their efforts and accelerate progress.

It was the first of the global child labour conferences to be held in Africa. The six-day event included more than 40 thematic panels and side events, focusing on a wide variety of issues related to child labour.

Agriculture is the most-affected sector

Throughout the panel discussion, global, regional, national and local experts provided insights on how to better position sustainable, resilient agri-food systems as a key driver to end child labour.

“If programmes are sensitive and target households at risk, if root causes are tackled and small organisations of farmers are strengthened, if we engage in programmes like school feeding, we can end child labour in agriculture,” said Bernd Seiffert, Focal Point for Child Labour in Agriculture at the Food and Agriculture Organization of the United Nations (FAO).

He pointed to cross-cutting factors like social protection, climate-smart practices and women’s empowerment as key elements of an integrated approach in the sector.

Adding to that sentiment, Thoko Didiza, Minister of Agriculture, Land Reform and Rural Development of South Africa, elevated the importance of addressing the root causes of child labour. “Agriculture remains an important sector of our economy, and it cuts across several areas,” Didiza said. “If you don’t address poverty, conflict and wars, you won’t solve child labour.”

She also called for spot checks to ensure laws are being complied with, and she pleads for sectors to work together so that nothing falls through the cracks. Didiza points out that it is easy to have laws in place, but that ensuring compliance is occurring is imperative.

It was mentioned that people need to speak out against child labour. Anonymous lines had to be set up where this could be reported.

Participants at the conference committed to the Durban Call to Action, which outlines strong commitments to end child labour. The document emphasises the need for urgent action, because “the consequences of the COVID-19 pandemic, armed conflicts, and food, humanitarian and environmental crises threaten to reverse years of progress against child labour”.

The Durban Call to Action comes as there are just three years left to achieve the goal of eliminating all child labour by 2025 and only eight years to eliminate forced labour by 2030, as outlined in SDG Target 8.7.