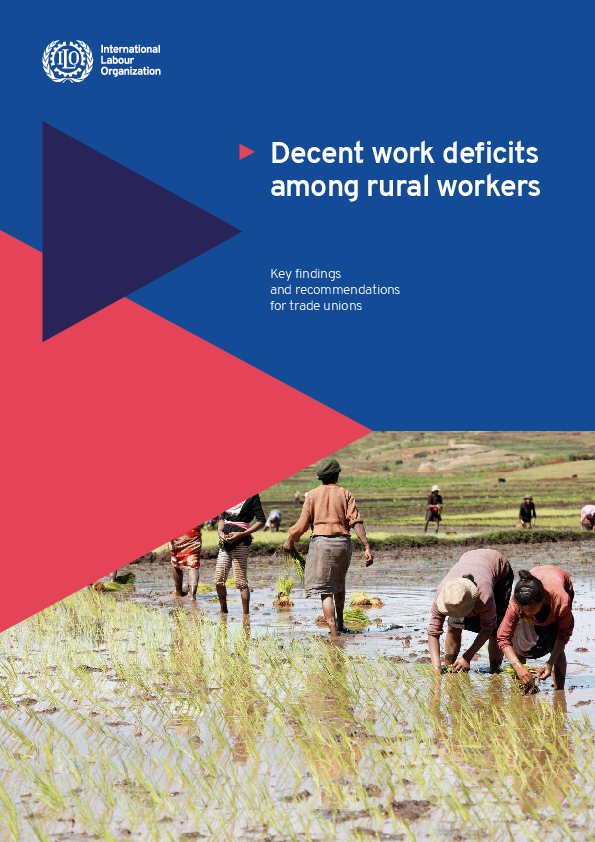 Many people in rural areas work under poor employment conditions, and women and children are most affected, according to the report.

About 80 per cent of the world’s poor live in rural areas, many of them in jobs in which they face extremely poor working conditions, including inadequate safety at work, low pay, lack of stability and security of work, and excessive working hours, with women and young workers the hardest hit. This is revealed by the report Decent work deficits among rural workers, published by the International Labour Organization (ILO) in July 2022. The report is based on 16 cases studies covering 15 countries in Africa, Asia, Central Asia, Europe and Latin America.

Chemical exposure poses serious health and other risks to agricultural workers, in particular to children and pregnant and lactating women. Up to 95 per cent of children engaged in hazardous work are employed in agriculture, notably in the cocoa, palm oil and tobacco sectors. Forced labour is also a reality in some sectors and is linked to workers’ multiple dependencies on employers.

Women workers are insufficiently represented in the most precarious positions. They also tend to be in low-paying, low skilled jobs, suffer huge gender pay gaps and are more prone to workplace harassment and abuse than their male colleagues.

There are barriers to accessing worker’s organisations and shortcomings in the area of social dialogue. In many sectors, trade unions are either non-existent or unable to interact freely with other workers’ organisations, such as farmers’ groups and cooperatives. Social dialogue and representation for female, informal, casual, seasonal, temporary and self-employed workers – these are all areas of particular concern, as is the representation of smallholders.

Inadequate social protection is a particular issue for workers in precarious employment arrangements. This affects informal, casual, temporary and subcontracted workers as well as day labourers, who form the large majority of workers on agricultural plantations.

The report makes a number of recommendations to help address these decent work deficits. They include: