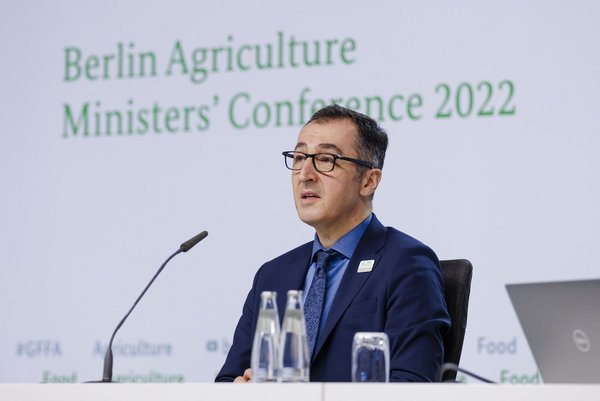 Ninety per cent of food production depends on the soil. However, soils are increasingly coming under pressure. Ministers of agriculture have agreed on measures to strengthen sustainable use and management of soils.

This year’s Agriculture Ministers’ Conference at the Global Forum for Food and Agriculture (GFFA) in January 2022 focused on the role of soils. Again, the conference took place digitally. A third of global soils are already degraded, and according to experts from the Food and Agriculture Organization of the United Nations (FAO), soil erosion could lead to a ten per cent loss in crop production by 2050.

“We stress that healthy soils are key in order to combat the global challenges of our times, in particular the production of sufficient nutritious and safe food, adaptation to and mitigation of climate change, and the halting and reversal of biodiversity loss,” the roughly 80 Agriculture Ministers as well as high-level representatives from international organisations agreed in their final communiqué entitled Sustainable Land Use: Food Security Starts with the Soil.

The Agriculture Ministers’ Conference had reached a common understanding on protecting and sustainably managing limited soil resources worldwide. Soil degradation should be minimised, and degraded soils should be restored. The Agriculture Ministers also emphasised the role of soils as a carbon sink with regard to climate change mitigation. Furthermore, they aim to establish rules for equitable access to land.

Key aspects agreed upon by the 14th Berlin Agriculture Ministers’ Conference are:

The Agriculture Ministers have agreed to discuss the progress made regarding the commitments in this communiqué at GFFA 2024.