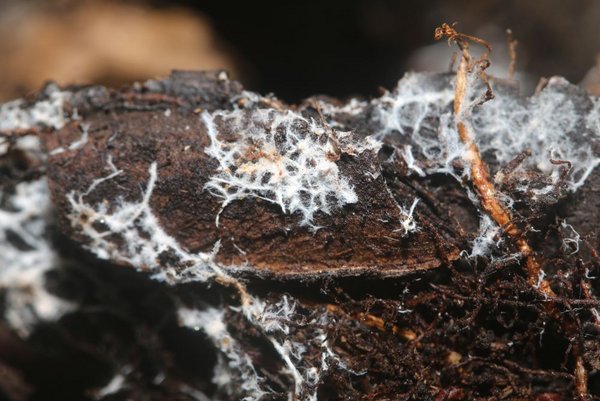 Just a handful of soil contains billions of micro-organism which are vital for the quality of the soil and its health. At the 14th Global Forum for Food and Agriculture (GFFA), the panel of experts “Soil microbial diversity is crucial for plant and planetary health” summarised the state of the art in soil science and pointed to solutions for restoring and maintaining the microbial diversity of plants and soil.

The microbiome comprises all types of organisms such as algae, bacteria or fungi and is essential for soil quality and biodiversity. However, it has been in steady decline over the last 50 years. There are a multitude of reasons for this. The excessive use of antibiotics, climate change, environmental pollution, increasing amounts of microplastics in the environment and the nitrogen crisis are all putting pressure of the micro-organisms contained in the soil. This is resulting in a loss of fertile soils and is ultimately a problem in terms of food security. Here, intensive agriculture is a particular driver, which is why farming has to change and find new concepts.

Scientists at the GFFA event warned that the situation had become so dramatic that today, developments were leading to a dysbiosis, an imbalance of bacteria in soils. “Together, all factors lead to multi-resistant and emerging plant, animal and human pathogens and outbreaks,” maintained Professor Gabriele Berg of Graz University of Technology/ Austria and the Leibniz Institute for Agricultural Engineering and Bioeconomy in Potsdam/Germany, summing up the situation. Examples of this included chronic intestinal diseases and resistance to antibiotics, both of which were on the increase.

The problems had already been known for some time, but only now were new technologies emerging which were based on molecular instruments and yielding new insights, Berg explained. Now, science was not only able to understand the microbiome, but to also manage it and develop sustainable circular economies.

Fungi play a key role in the ecosystem

Marcel van der Heijden, Professor of Agroecology and Plant Microbiome Interactions at the University of Zurich/Switzerland, for example, gave an account of his research on the mycorrhiza fungus. Nearly all plant species enter a symbiosis with such fungi, which play a key role in ecosystems by promoting plant growth, providing the plants with nutrients and protecting them from dryness, stress and diseases. Several studies conducted by van der Heijden have shown that the diversity of natural ecosystems is positively influenced by mycorrhiza fungi and that harvest yield can be enhanced. In contrast, pesticides and herbicides have a clearly negative impact on this. According to van der Heijden, based on these studies, attempts are being made to create an integrated cycle which is sustainable while simultaneously generating a high yield. He maintains that the method holds a considerable potential to improve agriculture and embark on completely new approaches to once again establish a healthy and sustainable microbiome.

The Leibniz Institute for Agricultural Engineering and Bioeconomy in Potsdam/Germany