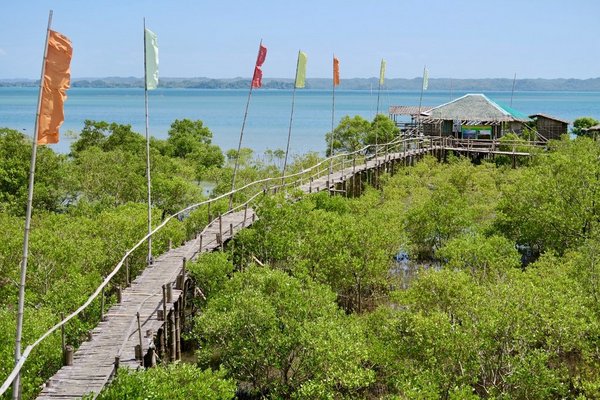 Despite raising alarms about increased carbon emissions due to mangrove deforestation, there has been a low net loss of mangrove carbon stocks globally during the last years, pointing to success in conservation and restoration efforts.

Thanks to conservation and restoration efforts and the natural establishment of new mangrove forests, the net amount of carbon released from deforestation in the past 20 years is lower than widely believed, researchers from the ETH Zurich said in August 2020. According to them, the net loss of mangrove carbon stocks between 1996 and 2016 is only 1.8 per cent - or less than 0.1 per cent of global CO2 emissions over the same period.

Mangrove forests have been long known for storing large amounts of carbon in the trees and soil. In recent times, mangrove deforestation has raised alarms about increased carbon emissions into the atmosphere. Over the past decade, mangroves have been the focus of many conservation and restoration projects, aimed at keeping the carbon stock locked up in this coastal ecosystem.

Carbon loss estimates are 66 per cent lower than previous, in models

The researchers took the expansion of mangroves—through natural and human forestation— into account when quantifying net losses of mangrove carbon stocks, whereas previous estimates only considered the negative effects of deforestation, but not the possibility that new mangroves would grow.

The new method combines improved global datasets on mangrove coverage and carbon densities  with new research quantifying how much carbon is typically lost when a mangrove becomes deforested. Using this latest method, carbon loss estimates are 66 per cent lower than in previous models.

The low net loss of mangrove carbon stocks was surprising, according to Dr Dan Richards from ETH Zurich. “Mangrove deforestation is often portrayed as an ongoing crisis, but our study, among recent pieces of work, show that there has actually been considerable success in slowing down deforestation around the world”, he says. In fact, in some parts of Mexico and Myanmar, there was more carbon stored in mangroves in 2016 than in 1996.