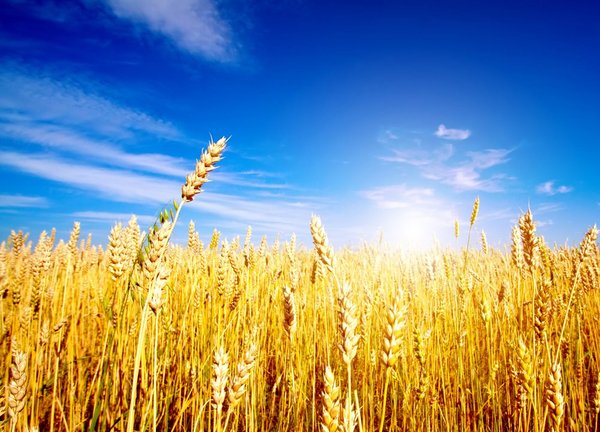 An international study shows that wheat production could be doubled globally.
Photo: © Shutterstock

A first-of-its-kind analysis of the untapped genetic potential of wheat shows that global yields are only half of what they could be.

Exploiting the genetic yield gap in wheat could significantly improve global food security. This is one of the key findings of an international study on yield gaps in wheat, led by the UK’s Rothamsted Research in which the University of Göttingen in Germany was involved. The study, which uses a novel, process-based modelling approach, also suggests that global wheat production could be doubled if wheat genotypes were better adapted to their target environment.

Russia's on-going war against Ukraine has led to rising food prices, hitting poorer countries dependent on grain imports the hardest. As a result, global food security is once again high on the political agenda. But even without such price spikes, a substantial increase in food production will be needed in the coming decades to ensure global food security while preserving natural resources.

This challenge will be exacerbated not only by rapid population and income growth, but also by a harsher future climate and scarcity of land and freshwater resources.

The international research team has now investigated the extent to which closing existing "genetic yield gaps" (Yig) could increase crop yield potential and global food production by better adapting crop genetics to growing conditions. The study focused on wheat, one of the most important staple crops and a mainstay of global food security, as it is the most widely grown crop in the world, provides more than 20 per cent of total human calorie and protein intake, and is the most traded staple food in the world.

Study based on research in 53 wheat-growing regions globally

According to the Rothamsted researcher Nimai Senapati, it is the first time this type of analysis has been done globally with the study, published in Nature Food, looking at a total of 53 wheat-growing regions across 33 countries and covering all global wheat-growing environments.

Using a state-of-the-art wheat model called Sirius, the team first calculated the potential yield from a total of 28 commonly used wheat varieties grown at these sites, assuming the best possible cultivation conditions for each one.

"The average global Yig was 51 per cent, which means that global wheat production could benefit greatly from exploiting the untapped global genetic yield gap," explains agricultural scientist Professor Reimund Rötter of the University of Göttingen. "This could be achieved, for example, through optimal wheat varieties that take advantage of the enormous diversity of wheat genetic resources, through the application of modern breeding tools, and through the continuous improvement of cultivation and soil management methods."

Several research groups are currently working on better adapting plant genetics to current or potential future target growing areas, such as the Barista project, which focuses on breeding climate-resistant barley genotypes for Europe and in which the University of Göttingen is leading the modelling part. "Advanced tools that can accelerate breeding to better adapt genetics to environmental conditions, flanked by adapted management, will be key to adapting crop production systems to climate change," Rötter says.