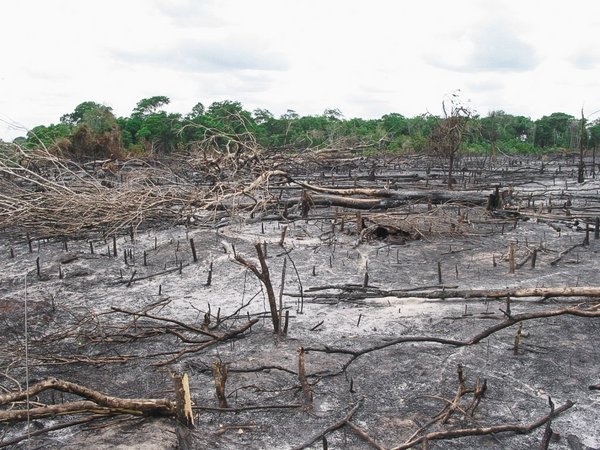 Genetic engineering can have a positive effect on climate

A new study by the University of Bonn (Germany) and the Breakthrough Institute (USA) shows that genetically modified plants could have a positive impact on the environment, and above all on climate. The findings prove that growing such crops in the EU could significantly reduce harmful greenhouse-gas emissions.

The use of genetically modified (GM) crops in agriculture remains contentious, especially in Europe. According to surveys, many people fear that these could have negative effects for human health and the environment.

However, a new study shows that genetically modified crops could actually be good for the environment, and for the climate in particular. Results suggest that the adoption of GM crops in the European Union (EU) could reduce greenhouse-gas emissions considerably. The study by scientists from the Breakthrough Institute in the USA and the University of Bonn in Germany was published in “Trends in Plant Science” in  February.

Agriculture accounts for around 25 per cent of all greenhouse gas emissions worldwide. A large share of these emissions is due to livestock production and fertiliser use. However, more than one-third of agriculture’s emissions is caused by land-use change, especially the conversion of forests and other nature reserves to agricultural land in order to satisfy the rising global demand for food and feed. “Using better technologies to increase crop yields on the land already cultivated could reduce this land-use change and the associated emissions,” says study author Professor Dr Matin Qaim, Director of the Center for Development Research at the University of Bonn.

Certain types of genetically modified crops – such as GM maize and soybean – are widely grown in other parts of the world, but hardly in Europe. “The main reasons are public acceptance issues and political hurdles,” says Qaim.

In the new study, he and his colleagues from the Breakthrough Institute used global agricultural data and estimates of the yield effects of GM crops to model how increased technology adoption in the EU would affect production, land use, and greenhouse gas emissions. The estimates suggest that more widespread use of genetically modified crops in the EU could prevent the release of 33 million tons of CO2 equivalents, which corresponds to 7.5 per cent of the EU’s total annual greenhouse gas emissions from agriculture.

Higher yields in the EU would have a global effect

“Most of these positive climate effects are attributable to reduced land-use change”, says Dr Emma Kovak from the Breakthrough Institute, the study’s first author. The conclusion of the research team: “The EU imports a lot of maize and soybean from Brazil, where the expansion of agricultural land contributes to tropical deforestation. Higher yields in the EU could reduce some of these imports and thus help preserve the Amazon rainforest.”

The authors stress that in their analysis they only look at already-existing genetically modified crops. “New genomic breeding technologies are currently being used to develop a wide range of new crop applications that could lead to additional climate change mitigation and adaptation benefits in the future”, says Matin Qaim. The agricultural economist is a member of the Transdisciplinary Research Area “Sustainable Futures” and Cluster of Excellence “PhenoRob - Robotics and Phenotyping for Sustainable Crop Production” at the University of Bonn.