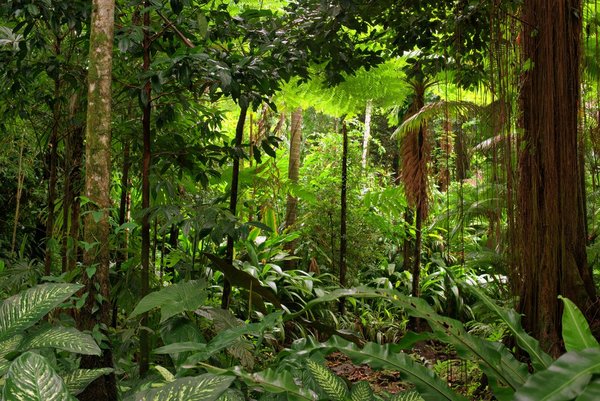 A new study warns that responses in natural ecosystems to minor environmental change should not be underestimated.
Photo: Shutterstock

Environmental policy decisions are often based on so-called tipping points. An international research now reveals that such tipping points are hardly detectable in environmental data. The team concludes this from an extensive data analysis.

Many policies tackling the consequences of global environmental change rely on the concept of tipping points. If an impact, such as biodiversity loss, becomes too large, an ecosystem might flip into a different, often less desirable state. This suggests that environmental pressures should remain below a certain threshold to keep the ecosystem in a safe operating space.

An international team of scientists led by biodiversity expert Professor Helmut Hillebrand of the University of Oldenburg, Germany, is now questioning whether this concept is suited for developing environmental policies. Using detailed statistical analyses of published results from more than 4,600 field experiments, the scientists found little evidence for thresholds.

When focusing on tipping points, scientists and policy-makers may thus risk overlooking the negative impact of gradual changes on ecosystems – with potentially disastrous consequences. The analysis was published in the Journal Nature Ecology and Evolution in August 2020.

The biodiversity expert and his co-workers wanted to find out whether threshold levels can be identified from available environmental data at all, or whether they can be predicted for different drivers of environmental change.

How do ecosystems respond to environmental pressures?

To get a better overview of how ecosystems respond to change, the scientists turned to experimental data derived from already published synthesis efforts – so-called meta-analyses. The analyses focus on the consequences of present-day but also future pressures, such as increased CO2 or nutrient levels. Furthermore, they assess the functional responses of the ecosystems, such as changes in the cycling of elements or the production of biomass.

In total, the authors used information from 36 meta-analyses covering 4,601 unique field experiments on natural or close-to-natural ecological communities. The authors calculated the so-called effect size, which refers to how strongly a system responds. The researchers then devised statistical tools that allowed them to test whether the magnitude of response related to the strength of pressure. If this was the case, they investigated whether there was a certain amount of pressure where extraordinarily strong responses started to occur.

“The results of this analysis were stunning,” Hillebrand says. Whereas the vast majority of the 36 meta-analyses found that the strength of pressure affected the response magnitude, only very few (3 out of 36) showed statistical evidence for threshold transgression. However, the fact that thresholds did not emerge could still mean two things. “The thresholds are either truly absent or they exist but they remain undetectable by our statistical approach,” Hillebrand points out.

To elucidate this question, the scientists simulated different forms of responses to global change, either with or without the presence of a threshold. When there was little statistical noise in the simulated data sets, the scientists were able to distinguish between cases with and without thresholds. The statistical noise mimicked situations in the actual data, for example different magnitudes of pressure needed for threshold transgression or different response magnitudes around the threshold.

According to lead author Hillebrand, this result has major implications. “If scientists cannot measure how close a certain ecosystem is to a threshold inducing a tipping point, how useful can then a regulation or policy be relying on such a threshold?” he queries.

Co-author Dr Ian Donohue, an ecologist at Trinity College Dublin (Ireland), adds: “I think we need to abandon the idea of safe operating spaces. It gives the completely erroneous impression that small pressures do not affect ecosystems at all.” Hillebrand adds: “If we wait to see clear tipping points in response to any of the major human-induced environmental changes such as warming or biodiversity change, we risk overlooking the small gradual changes which sum up to a shifting baseline over time, that is a shift in the perception of what a healthy ecosystem looks like.”

In his view, scientists and policy-makers should therefore rather focus on the size and lifetime of random fluctuations and their possible consequences to be able to act according to the precautionary principle.