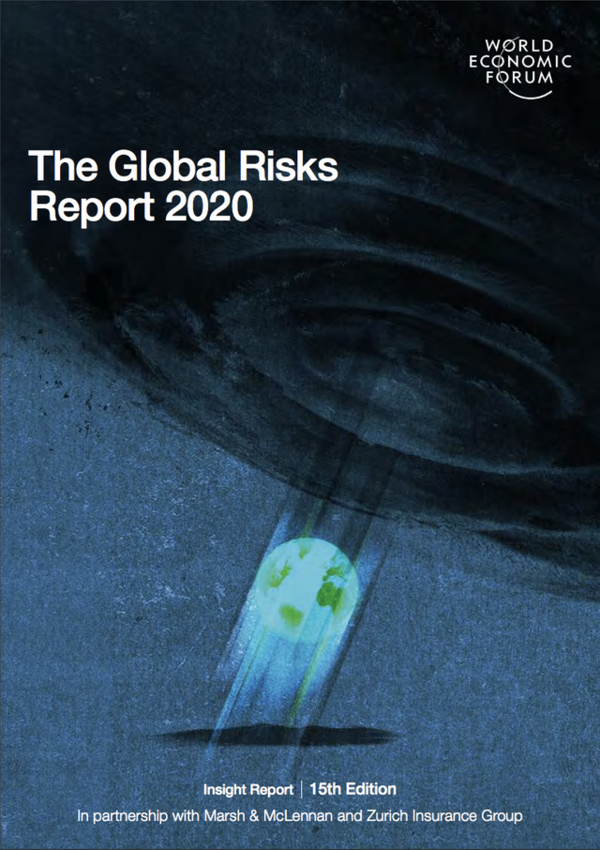 According to the report, the top five global risks over the next ten years in terms of likelihood are all environmental, including extreme weather events and major biodiversity loss.

Economic and political polarisation will rise this year, the Global Risks Report 2020 published by the World Economic Forum in mid-January states. The report forecasts a year of increased domestic and international divisions and economic slowdown.

Over 750 global experts and decision-makers were asked to rank their biggest concerns in terms of likelihood and impact, and 78 per cent said they expect “economic confrontations” and “domestic political polarisation” to rise in 2020.

This would prove catastrophic, particularly when addressing urgent challenges like the climate crisis, biodiversity loss and record species decline. The report points to a need for policy-makers to match targets for protecting the Earth with ones for boosting economies – and for companies to avoid the risks of potentially disastrous future losses by adjusting to science-based targets.

For the first time in the survey’s 10-year outlook, the top five global risks in terms of likelihood are all environmental. The report sounds the alarm on:

To younger generations, the state of the planet is even more alarming. The report highlights how risks are seen by those born after 1980. They ranked environmental risks higher than other respondents, in both the short and long terms.

Almost 90 per cent of these respondents believe “extreme heat waves”, “destruction of ecosystems” and “health impacted by pollution” will be aggravated in 2020; compared to 77 per cent, 76 per cent and 67 per cent respectively for other generations. They also believe that the impact from environmental risks by 2030 will be more catastrophic and more likely.