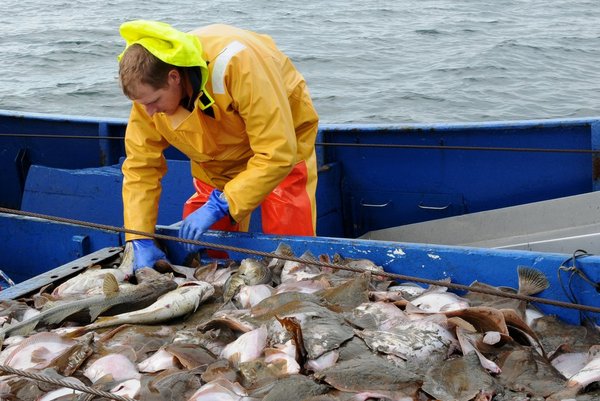 A transformation of the fishing industry to an ecologically sound fishery could make a sustainable contribution to food security.
Photo: © Mike Nicolai/Geomar

Aquaculture is not the solution to overfishing

The growth rates for fish and seafood production in aquaculture are limited and have already passed their peak, a study says. Scientists say that without wild fish, the world would face an annual shortage of fish food of about 71 million tons by 2030. Moreover, an increased focus on aquaculture could lead to devastating socioeconomic consequences for low-income coastal countries.

A large proportion of all fish species in the ocean used by humans are overfished. The problem is well known, yet global fish consumption continues to rise. Aquaculture, the farming of aquatic life for human consumption in contained systems, is often seen as the solution to the dilemma. This aquaculture optimism cannot stand up to reality.

This is the conclusion of a recently published study by ten institutes from different nations with participation from GEOMAR Helmholtz Centre for Ocean Research Kiel, Germany, in the journal Frontiers in Marine Science. The researchers evaluate publicly available time series data from the Food and Agriculture Organization of the United Nations (FAO) that illustrate the change in aquaculture productivity from 1950 to 2018 and allow conclusions to be drawn about its current role in global demand for edible fish.

The analysis of the data shows a peak in the growth of production through aquaculture as early as 1996, and while total production of the top ten farmed species continues to increase, growth rates are declining. To the surprise of the researchers, this even affects species that do not depend on feeding on fishmeal and oil produced from wild fish, such as algae or filter feeders like mussels. These species are considered particularly important for food security. Their culture is less harmful ecologically and may even be good for the environment, as mussels filter water and algae can absorb excess nutrients.

Dr Rainer Froese, a marine evolutionary ecologist at GEOMAR, and German expert for the study, confirms that the global hunger for fish and seafood cannot be satiated mainly by aquaculture. "Even technological advances, as things stand, would not lead to fish demand being met by aquaculture,” Froese maintains. “A transformation of the fishing industry to an ecologically compatible fishery would offer a much higher potential for the future."

According to the study, catches in European waters could increase by about five million metric tons if Europe rebuilt and properly managed its fisheries. That is more than Europe's current annual aquaculture production. In contrast, to meet all or most of the world's fish demand of a projected 173 million metric tons by 2030, the supply of fish farms would have to grow at least three times the average annual rate projected by the FAO. Instead, production has reached its environmental limits.

In addition, much of the reported production comes from the Asian region, "with possible overestimation of these figures for species that are not exported", explains Froese. Only about ten per cent of global production is distributed among the five other continents, with Europe contributing around four per cent. Developing countries and African and South American coastal states would almost certainly suffer significant food insecurity if low-cost small fish were harvested on an even larger scale and fed to expensive farmed species elsewhere.

"Production of high-value food is socially accepted, but salmon, seabream, oysters, shrimp and fattened tuna will not feed the world," says Froese. Providing most of the world's food fish through aquaculture, with the existing geographic focus, could therefore have serious socioeconomic, nutritional and food security consequences for the entire world.