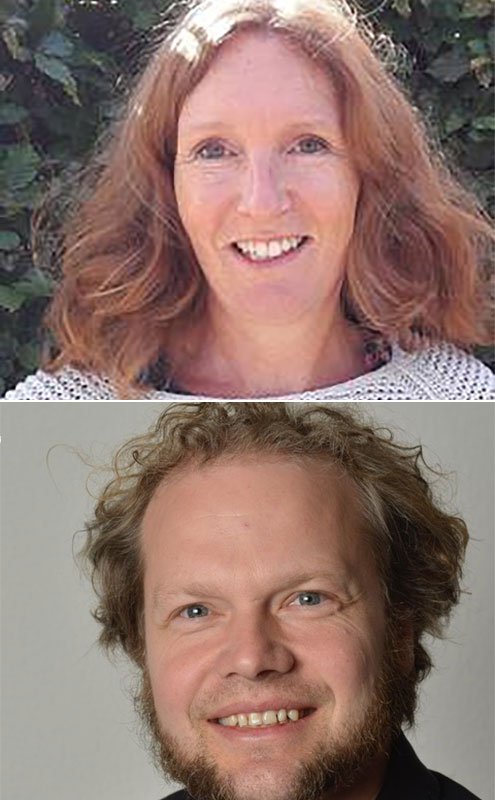 Mireille Remesch (Agro Coordination) and Roman Herre (FIAN Germany) are the current coordinators of the Agriculture and Nutrition Group of the Environment and Development Forum (FUE).

A statement by the members of the Agriculture and Nutrition Group (AGLE) of the Environment and Development Forum (FUE).

Since the outbreak of the COVID-19 pandemic, the number of people suffering hunger world-wide has risen dramatically. Environmental disasters and the climate crisis have become further aggravated, while armed conflicts and wars are on the increase. The UN should long have initiated a trend reversal. However, the UN Food Systems Summit (UNFSS) convened by UN Secretary General António Guterres in New York/USA on the 23rd September 2021 clearly missed its marked.

Neither did the Summit put the right to food for all centre stage or hear the groups affected by hunger and poverty, nor did it muster all its energy to globally coordinate coping with the COVID-19 pandemic and its impacts. Instead, it created more scope for the interests of philanthropic organisations and profit-seeking corporations and banks. The latter represent an intensive, industrial model of agriculture and growing corporate power. Thus they range among the chief perpetrators of the global food and climate crisis.

We criticise the structure, management, design and running of the Summit as well as the planned continuation of the Summit agenda and multi-stakeholder structures, both in the UN and at regional and national levels. For years, we, as well as social campaigns and civil society organisations world-wide – have been calling for a fundamental transformation of the existing food systems based on human rights and agro-ecological principles as well as the retaining of an inclusive steering of the UN Committee on World Food Security (CFS).

Our observations, the official final declaration by the UN Secretary General and the various declarations of intent in the context of the UNFSS have led us to the following initial assessments:

Regrettably, in its statement the German Federal Government failed to stand up for maintaining and strengthening the CFS at the Summit and appears to support the creation of new, parallel structures competing with the CFS. Neither did it refer to the human right to food as an important basis for action. At the same time, it is participating with regard to content and finance in so-called coalitions for action which arose in the run-up to the Summit. These multi-stakeholder alliances are based on an arbitrary and extremely opaque associating of various actors and are to advise governments on certain Summit topics in the planned UNFSS follow-up process.

We expect the Federal Government to speak out against financing and continuing the UNFSS coalitions for action and against establishing new, parallel organisational structures in Rome as well as a possible working group within the CFS on the UNFSS in the Summit follow-up process and also in the next CFS Plenary Session. Rather, it should support a stronger role and better financing (core funding through the Rome-based agencies) of the CFS as well as a strand of work there on handling the impacts of the COVID-19 pandemic.

The full AGLE statement (in German) can be found at: https://www.forumue.de/ernaehrungsgipfel-gescheitert-zwei-jahre-energie-und-ressourcen-in-die-falschen-bahnen-gelenkt/