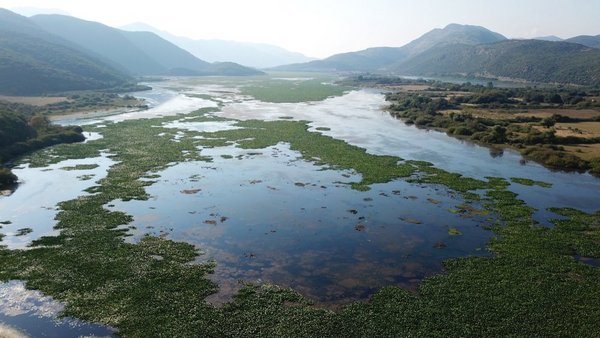 Wetlands the answer to the ‘invisible’ wastewater crisis?

Most developing countries discharge around 95 per cent of wastewater untreated, causing pollution of the environment and of drinking water. Low-cost constructed wetlands technology is urgently required a Danish study shows.

Untreated wastewater is particularly hazardous in mountain areas, where it can rapidly connect between surface water bodies and underground water that moves over large distances, say researchers in Lebanon, a country on the eastern Mediterranean coast where 92 per cent of wastewater is discharged without treatment.

While constructed wetlands have been used to treat wastewater across Europe and the United States since the 1970s, their use remains limited in the Global South.

Whereas Denmark has one constructed wetland for every 5000 people, there is just one for every 1.5 million people in Latin America and the Caribbean — meaning that only 0.22 per cent of effluent is processed this way, according to Marco Rodríguez, a researcher at the Danish University of Aarhus’ Department of Biology and lead author of a ten-year review of constructed wetlands’ use in Latin America and the Caribbean, published in the journal Water in June 2020.

Constructed wetlands use natural mechanisms to separate contaminants originating from households, industry, agriculture and livestock, as well as the liquid that drains to the bottom of landfills and can contaminate groundwater. Effluent is discharged into reservoirs, and subsequently natural filters, such as gravel or clay, and aquatic plants and microorganisms purify the water.

María Alejandra Maine, from the Chemical Engineering School at Argentina’s National University of the Littoral, who did not participate in the review, says constructed wetlands should be used more widely. She explains that the geography in Latin America and the Caribbean offers ideal conditions for these systems, including warm temperatures, large areas of soil and long periods of light radiation.

Yet, the technology is only used to treat wastewater from university campuses, tourist resorts and small towns in a handful of countries, Maine reveals. In Latin America and the Caribbean, 60 per cent of wastewater remains untreated.

Engineering education fails to consider nature-based solutions for water infrastructure in urban contexts, a study to be published at the end of  August in the Journal of Clean Production argues, adding that this should be a focus in developing countries.

“The alarmingly low rate of wastewater treatment is becoming obvious,” stated the World Bank in a 2019 review of Indonesia. “The fetid smell and grey canals in Jakarta’s metropolitan core … are stark and vivid reminders that only two per cent of households in a population of ten million are connected to public sewers.”

“Conventional [wastewater treatment] systems, which are more expensive to install and operate, have been used more in regions where there is less money for their implementation and operation, which explains the high rate of abandonment,” Rodríguez tells SciDev.Net. For instance in Mexico, where about one quarter of the more than 3500 conventional treatment plants have been shut down, the review found.

But wastewater treatment specialist Christoph Platzer says “the wetlands are reaching the limit of their possibilities” in Latin America, where there is a growing need for sanitation solutions.

Platzer, director of the private Brazilian sanitary engineering company Rotária and founder of the Global Wetland Technology consortium, says Nicaragua is the only country using this technology on a large scale to treat municipal wastewater through the public Nicaraguan Water and Sewerage Enterprise (ENACAL).

Wetlands require more land for construction than other systems and are inefficient at eliminating phosphorous, an element present in large quantities in fertilisers, the Water review found.

While it is technically possible to build constructed wetlands in Latin America, Platzer believes it remains to be seen whether their set-up costs will make them a viable option in the region.

Study on the Lebanon:
Michelle Citton et al.: Multisource Groundwater Contamination under Data Scarcity: The Case Study of Six Municipalities in the Proximity of the Naameh Landfill, Lebanon, Water 2020, 12(5), 1358

Study of the Danish University of Aarhus:
Marco A. Rodriguez et al: Constructed Wetlands in Latin America and the Caribbean: A Review of Experiences during the Last Decade, Water 2020, 12(6), 1744