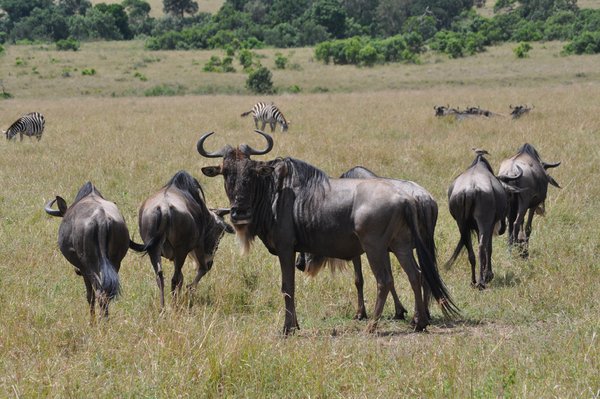 In most land-based habitats, the abundance of native species has fallen by at least 20 per cent since 1900.
Photo: S. Richter

One million species threatened with extinction

Out of an estimated eight million animal and plant species world-wide, around one million are threatened with extinction – more than ever before in human history. Human civilisation, and in particular intensive land and sea use, is responsible for this development. This is the result that the Global Assessment Report, presented by the United Nations Intergovernmental Science-Policy Platform on Biodiversity and Ecosystem Services (IPBES) in Paris/France early in May 2019, arrives at. For the Report, scientists from more than 50 countries spent three years evaluating several thousand papers on the development of biodiversity over the last 50 years.

According to the Report, the average abundance of native species in most land-based habitats has fallen by at least 20 per cent since 1900. More than 40 per cent of amphibian species, almost 33 per cent of reef-forming corals and more than a third of all marine mammals are threatened. The results on insects are not completely conclusive, although the authors reckon that around 10 per cent are threatened. They note that more than 9 per cent of all domestic breeds of mammals used for food and agriculture had become extinct by 2016, with at least 1,000 more breeds still threatened.

“We are eroding the very foundations of our economies, livelihoods, food security, health and quality of life world-wide,” warned IPBES Chair Sir Robert Watson, presenting the Report. However, it was still not too late to halt the decline in biodiversity. Nevertheless, Watson noted that this required a comprehensive transformative change – a “fundamental, system-wide reorganisation across technological, economic and social factors, including paradigms, goals and values”.