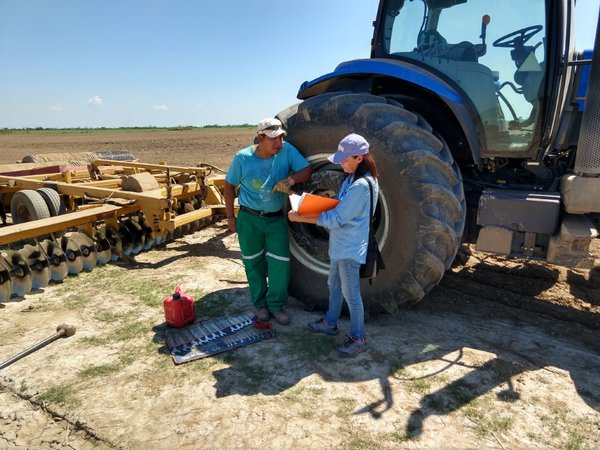 Human Rights in agricultural value chains – where do we stand?

Legislation on corporate accountability is gaining momentum Europe-wide. But are laws sufficient to ensure the Human Rights Due Diligence (HRDD) of companies? And will producers in the Global South eventually benefit?

In 2021, the Corporate Due Diligence Act to prevent human rights violations in supply chains passed the German Bundestag. This means that companies in Germany must develop processes to manage human rights risks. Similar regulations are now on the agenda for Europe. An online round of discussions organised by Welthungerhilfe had a look at progress made so far, what the laws mean for for global agricultural supply chains and what prospects are like for them to contribute to human rights fulfilment in general and the Right to Food of farmers and farm labourers in particular.

Michael von Luehrte, Secretary General of the Swiss Coffee Trade Association and Advisory Board Member of 4C – The Common Code for the Coffee Community, presented the Status of Human Rights Due Diligence (HRDD) legislative implementation in the EU and Switzerland. Due diligence for large corporations with risky operations (conflict minerals or child labour) will enter into force in Switzerland in 2022; it will be mandatory in 2023, with first reporting (verification by an independent expert) to be published in 2024.

Producers have to be centre-stage

Implementation details of the law are not yet clear, Luehrte maintains, and will have to be defined by the newly elected government. In his opinion, the proposed legislation goes further than the due diligence legislation of the EU. The responsible EU Commissioner for Justice, Didier Reynders, announced a corresponding draft law proposal at EU level for June 2021. It was aimed to enter into force by 2024. However, the draft has now already been postponed for the third time, which is why numerous NGOs recently addressed a letter to EU Commission President Ursula von der Leyen.

Von Luehrte sees “too much fragmentation and too many open questions” in European legislation on due diligence. Moreover, legislative efforts at European level may be an important step; but they needed to be brought into the context of China, India and the US as the largest commodity importers and economies. Moreover, producing country governments had to assume responsibility, too. They had to be convinced about the benefits in order to step up legislative adjustments and controls for human rights – which was a long-term process.

Above all, it had to be ensured that producers were involved in the negotiating process – after all, they were the ones standing at the beginning of the supply chains, but at the same time were their weakest link. “HRDD is closely linked to the wellbeing and economic situation of producers – let’s focus on them!” von Luehrte demanded.

This is also the approach pursued by the organisation NES Naturaleza, which campaigns for sustainable rural development. Based in Bogotá, Colombia, the organisation is now active in more than 15 countries. Since 2011, more than 30 companies have been certified, and a further 40 companies have been trained on sustainability issues, according to NES Naturaleza founder Alejandra Rueda-Zarate. Furthermore, 4,000 smallholder farmers have been trained in good agricultural practices – via traditional ways and playing. “We need more inclusiveness of farmers in value chains,” Rueda-Zarate stressed. “Most times, the environmental and social responsibility is with farmers; but we need shared responsibility.”

She took the example of deforestation commitments in Latin American Palm Oil Industry, supported, among others, by various programmes of the Wilmar company, the world’s largest processors and distributors of palm oil. Via the WISSMA (Wilmar Supports Sustainable Management) programme, for instance, leading palm oil producers in seven Latin American countries are trained in due diligence and pass this awareness on in supply chains. Training of smallholders in turn allows them to commit to non-deforestation. “The aim must be to convert smallholders into sustainable entrepreneurs,” said Rueda-Zarate.

Sustainability certification is an important tool to support corporate HRDD. While internationally operating companies already address a large number of ecological and social issues via voluntary certification, no standard has as yet comprehensively taken up the question of whether production on farms in the Global South is compatible with the human right to food of smallholders and farm labourers and the surrounding communities. In order to fill this gap, with the support of the German Government, the Food Security Standard (FSS) has been developed and tested over the last four years.

“Companies have to respect all human rights; and the Right to Food, which is embodied in the Universal Declaration on Human Rights, is interlinked with all other human rights, for example the right to education, to health or to water,” maintained Lisa Heinemann of Welthungerhilfe and Katia Bröcker of the consulting firm Meo Carbon Solutions, explaining why companies should include the FSS into their certification system. The FSS is not a stand-alone system, but is meant to be integrated and to close remaining gaps. Based on eight categories, it shows the users a specific risk level at the end of the assessments. This young tool has already been integrated in the coffee certification system of 4C. Furthermore, the FSS has been integrated into two regular ISCC (International Sustainability and Carbon Certification) audits at sugar cane plantations in Latin America.

“Nothing stops the actors from doing more“

The participants of the event agreed that a decent level of income was a good rule in order to mitigate a lot of risks for small-scale farmers and to allow for continuous improvement of environmental practices. The voluntary schemes allow the farmers to see what the costs of their plantation are; and this would lead to a change of mindset, Marcelo Burity, Head of Green Coffee Development for Nestlé, maintained optimistically.

However, it also had to be clear that the rules of responsible sourcing provided a bottom level of assurance, but not a guarantee. With the corresponding assessments, one captures a picture at the moment of the audit, of the sample of visited farms. So can due diligence mechanisms really help in achieving compliance with human rights? “Yes,” Burity said confidently. “These mechanisms raise the bar for all; and nothing stops the actors from doing more!”