How ‘supermarketisation’ affects nutrition and health in Kenya

Many African countries are experiencing a rapid spread of modern supermarkets. This “supermarket revolution” is changing food environments in terms of food variety, prices, processing levels, packaging sizes, and shopping atmosphere. A research study in Kenya has analysed the effects of supermarkets on adult and child nutrition in urban areas.

In many African countries, supermarkets are spreading rapidly, complementing and partly replacing traditional food markets and grocery stores. Compared to traditional markets, supermarkets offer a wider variety of processed and highly processed foods and beverages, often in larger packaging sizes and combined with special promotional campaigns. Hence, one important question is whether the spread of supermarkets contributes to rising overweight and obesity. While in the past, overnutrition was primarily a problem in rich countries, obesity rates in low- and middle-income countries are rapidly catching up. Obesity is associated with a number of chronic diseases – such as diabetes, cardiovascular problems and certain forms of cancer – that African health systems are not well prepared to deal with.

Analysing the effects of supermarkets on diets and nutrition is not easy, because of many possible confounding factors that need to be controlled for. In our study, we focused on medium-sized towns in Central Kenya, some of which already have a supermarket while others have not. We randomly selected around 500 households in different towns. In these households, we collected comprehensive socioeconomic, nutrition and health data (e.g. dietary intakes, weight and height measures, blood samples) at household and individual levels for adults and children. A first round of data collection was conducted in 2012, and a second round three years later. The Figure shows that the body mass index (BMI) among adults in the study sample, as well as overweight and obesity rates, increased considerably between 2012 and 2015.

The observed rise in overweight and obesity may be attributable to supermarkets, even though other factors – such as differences in income or physical activity – might also play an important role. To analyse whether shopping in supermarkets really contributes to rising BMI and obesity, we used panel data regression models and controlled for possible confounding factors.

Results suggest that supermarkets increase adult BMI, also after controlling for household income, age, education, physical activity and various other factors. The estimated net effect of using supermarkets instead of traditional markets is an increase in BMI by 0.64 kg/m2. The data also show that shopping in supermarkets increases the probability of being overweight or obese by seven percentage points and of suffering from diabetes or pre-diabetes by 16 percentage points, which are quite sizeable effects.

The negative impacts of supermarkets on consumer nutrition and health can be attributed to the fact that the average price per calorie of food purchased in supermarkets is lower than in traditional markets. Cheaper calories contribute to higher calorie consumption, which may improve food security for households that suffer from calorie undersupply. However, especially in urban areas, overweight is now often more prevalent (>40 % in Kenya) among adults than underweight (<5 %), so that more calories further aggravate the problem of overnutrition. In addition, supermarket shoppers often consume more processed foods, including semi-processed items as well as highly processed foods and snacks. Highly processed foods in particular tend to contain a lot of sugar, fat, and salt, all of which can be associated with obesity and chronic diseases when consumed in excessive quantities. 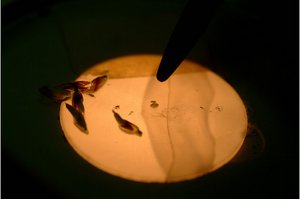 The results discussed so far refer to adults. Strikingly, our data from Kenya show different effects on children. While supermarket shopping contributes to weight gains among both adults and children, for children this does not yet seem to have negative health effects, mainly because overweight rates are still much lower for children than for adults. In Kenya and many other African countries, childhood undernutrition is still more prevalent (>20 %) than overnutrition (<10 %), which is also reflected in persistently high rates of child stunting (low height-for-age).

Our data from Kenya demonstrate that supermarket shopping contributes to an average gain in child height of about 2 cm, also after controlling for other factors. The positive effect on child height is larger than the effect on child weight. Robustness checks showed that these results were consistent for children below and above five years of age. This is a welcome finding, implying that the spread of supermarkets may possibly help to reduce issues of child stunting. At the same time, supermarkets do not (yet) seem to be a driver of childhood obesity in Kenya.

More consumption of processed foods and better dietary quality are not necessarily contradictions. While highly processed foods are often dense in sugar, fat and salt, semi-processed foods can also involve items such as canned or preserved fruits, vegetables, and animal products with higher amounts of micronutrients. Especially for low-income households, food processing and preservation may allow more regular consumption of certain nutritious foods that are less accessible in fresh form because of their perishability and resulting higher prices.

Differences between adults and children

That supermarkets in Kenya contribute to rising obesity in adults but not in children is interesting and plausible. Adults cannot grow in height anymore, so additional calories and nutrients from supermarket purchases will primarily lead to increases in body weight. In situations where average BMI levels among adults are already high, as is the case in urban areas of Kenya, additional weight increases will inevitably contribute to rising rates of obesity. For children, this is different. First, as children are still growing, additional calories and nutrients can contribute to gains in height, as we observed in our study. Second, in most situations, overweight and obesity rates are still much lower in children than in adults, meaning that moderate weight increases in children do not necessarily drive up child obesity rates. Third, adults in urban environments typically have lower levels of physical activity than children. As is well known, sedentary lifestyles and limited physical activity are also important drivers of overweight and obesity.

The results from Kenya are interesting but should not be generalised. The nutrition effects of supermarkets will depend on the initial dietary and nutrition situation and the types of dietary shifts that occur. In the medium-sized towns in Kenya, many of the households are still moderately poor, and traditional diets are not highly diversified. In this context, the greater variety of foods offered by supermarkets at affordable prices can improve diets and nutrient intakes, even when most of the products purchased in supermarkets are in processed or semi-processed form. The nutritional effects could be different in settings where households are already richer, diets are more diversified, and supermarkets primarily add to the consumption of highly-processed snacks and convenience foods. In such cases, supermarkets could contribute to obesity among both adults and children.

The study findings suggest that the effects of supermarkets on people’s diets and nutrition are complex and context-specific. Supermarkets are rarely the only source of food purchases for consumers. As a new retail format that complements other food markets and shops, supermarkets seem to improve people’s access to food calories and diversity, which as such is positive. Higher consumption of ultra-processed foods, in turn, can be negative from a nutrition and health perspective. More research is needed to better understand the effects of supermarkets and other changes in people’s food environments on individual diets and nutrition in different situations. This knowledge is required to design appropriate food and nutrition policies and regulations that may be needed to avoid undesirable health outcomes.