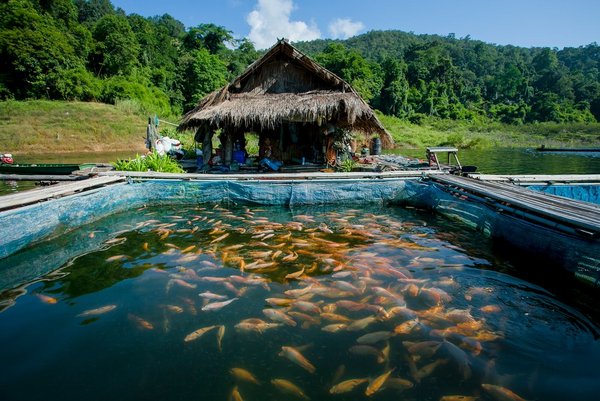 While aquaculture has become a key part of global food systems, its unregulated growth endangers the environment and breeds pests and diseases, an international science team warns.

A new study says that limited regulation of aquaculture endangers the environment and breeds pests and diseases. Rosamond Naylor, professor at Stanford University’s school of earth, energy and environmental sciences and an author of the study published 24 March 2021 in the scientific journal Nature, says that as the demand for seafood grows around the world so will aquaculture.

“If we don’t get it right, we risk the same environmental problems we’ve seen in land-based crop and livestock systems: nutrient pollution, excessive use of antibiotics and habitat change that threatens biodiversity,” Naylor tells SciDev.Net.

In a study on aquaculture published in Nature in 2000, Naylor already saw aquaculture as a solution to the global decline in wild fisheries, but one that led to marine habitat change, spread of pathogens and the introduction of invasive species.

Since then, say Naylor and her co-authors, significant progress has been made towards sustainable practices in the industry, including a decline in destructive habitat conversion, particularly by shrimp farming in mangroves.

In addition, pathogens, parasites and pests are a ‘chronic risk’ to aquaculture, amplified by increased trade and supply-chain integration since 2000, the paper states.

Too many antibiotics used against fish diseases in aquaculture

Naylor is concerned that antibiotics are being increasingly used as first-line defence against fish diseases, adding to the global rise in antimicrobial resistance. “The industry is all over the map in this area and big improvements need to occur,” she says.

Additionally, there is emerging evidence that climate change threatens to exacerbate these problems, says Naylor.

Reducing reliance on wild fish such as anchovies and sardines for feeds is critical to improving sustainability, she notes. “There has been huge progress in this area, both in terms of breeding piscivorous fish to be able to eat more plant-based proteins, and in terms of introducing alternative plant-based and other non-wild, fish-based feeds.”

Ronald Hardy, study co-author and director of the Aquaculture Research Institute, University of Idaho, US, stresses that aquaculture is a relatively new form of animal farming, involving more than 400 species of animals and plants.

In Asia, marine resources are at risk if small, pelagic fish are overharvested to produce feeds for aquaculture, says Hardy. The move towards ‘vegetarian’ fish farming means protein concentrates in fish feed come from grains such as wheat and corn, or soybeans, rapeseed, or sunflower, he says.

“The new paper documents progress in production of sustainable feeds and discusses incentives to continue progress,” he adds. “Issues such as fish welfare and disease resistance are affected by feeds, so governments, NGOs and aquaculture producers all have a stake in the research.”

Freshwater aquaculture, comprising nearly 150 species of fish, shellfish and plants, accounts for 75 per cent of farmed aquatic food consumed by humans, the study found, with Asia as the biggest producer.

David Little, study co-author and professor at the University of Stirling Institute for Aquaculture, UK, says: “Most aquaculture is about fish people can afford to eat — and most of the farming of aquatic animals happening in Asian countries stays in those countries. It’s having an important impact on food security and rural livelihoods.”

Other regions, including Africa, are introducing freshwater farms but with little oversight, the study finds.