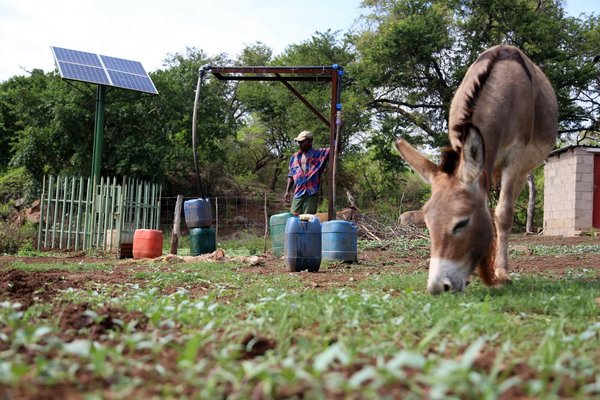 A villager affected by the El Niño induced drought in Swaziland in 2016. Early warning could help rural livelihoods to be better prepared.
Photo : ©FAO/Believe Nyakudjara

A new algorithm has roughly doubled the previous warning time before an "El Niño" event. According to it, the probability of "El Niño" coming in 2020 is around 80 per cent.

The serious weather phenomenon "El Niño" could soon occur again in the Pacific region, researchers from Germany’s Justus Liebig University Giessen (JLU) and Potsdam Institute for Climate Impact Research (PIK) as well as Bar-Ilan University in Ramat Gan, Israel warned in early November 2019. According to them, another "El Niño" will probably occur by the end of 2020. The prediction models commonly used do not yet see any signs of this.

The early forecast is based on a novel algorithm developed by the researchers which relies on a network analysis of air temperatures in the Pacific region and which correctly predicted the last two "El Niño" events more than a year in advance. Such long-term predictions can, for example, help farmers in Brazil, Australia or India to prepare themselves and adjust their sowing accordingly, the researchers say.

A probability of around 80 per cent

The prediction method does not offer one hundred per cent certainty, the researchers point out, the probability of "El Niño" coming in 2020 is around 80 per cent. Nevertheless, the new algorithm has advantages compared to conventional methods, which are unable to make a reliable "El Niño" forecast more than six months in advance.

With a conventional early warning period of at most half a year so far, people in the tropics and subtropics are poorly prepared for the often devastating consequences of "El Niño" at irregular intervals around Christmas – empty fishing nets and torrential rainfall in Peru as well as extended droughts in parts of South America, Indonesia, Australia and Africa. In addition, the Indian subcontinent may experience a change in monsoon patterns, and California could see more precipitation.

The team are currently expanding the algorithm in order to be able to forecast the strength and length of the weather phenomenon in the future as well.