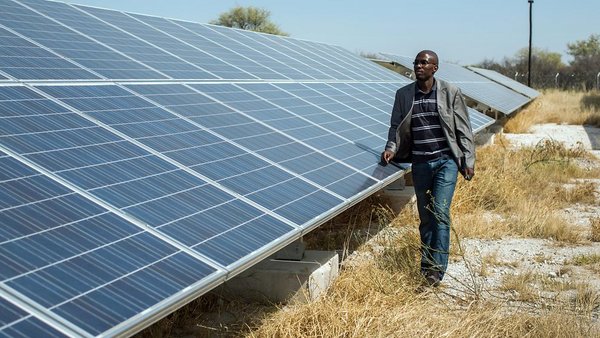 Half of all Africans have no access to electricity. This is the result of a survey on the energy turnaround in Africa presented by Germany’s Federal Ministry for Economic Cooperation and Development (BMZ) in Berlin in mid-March 2021.

Energy is the key to development in Africa and forms the basis of its industrialisation. Just like in Europe and other parts of the world, developing renewable energy means more than securing energy supply and combating global warming. It benefits economic development in general as well as the creation of new jobs and prospects for entire branches.

Africa could become the Green Continent of renewables. However, this required investing an additional 35 billion US dollars in African energy infrastructure each year, Müller stressed in Berlin. “More investment has to become a priority for European Union development cooperation – we need a true European-African energy partnership,” he said. “The EU has to extend its Green Deal to Africa. But the necessary investments must not only come from the government side. The private sector has to make a greater effort, too.”  Müller pointed out that with programmes such as Green People’s Energy for Africa and Energising Development, German development cooperation had already made a start in this respect. Millions of Africans were thus gaining access to climate-friendly energy.

Half of the African population has no access to electricity

BMZ commissioned the International Renewable Energy Agency (IRENA) to conduct the survey “Energiewende Afrika – Mehr Dynamik für Energiezugang, Resilienz und Wohlstand” in cooperation with Deutsche Gesellschaft für Internationale Zusammenarbeit (GIZ) and KfW-Entwicklungsbank. The survey demonstrates that half of all Africans, around 550 million people, have no access to electricity. Where such access exists, it is often unreliable and expensive.

Furthermore, the survey shows that it is nevertheless possible to secure universal and sustainable access to electric power by 2030. This would require additional investment in infrastructure. Currently, around 30 billion USD is being spent on African energy infrastructure each year, whereas the survey calls for up to 65 billion USD a year until 2030.

According to a BMZ press release, German development cooperation is supporting progress in the energy sector in 32 African countries. Thus, alone with the Green People’s Energy Initiative, more than 200 teaching and specialist staff are being trained and further educated for Africa. Over 100 social welfare institutions and 50 local charitable organisations are being supported in planning and installing decentralised renewable energy systems and developing community energy projects.

The Energising Development programme supports the development of decentralised energy structures in rural regions in Africa. It will provide 26.6 Africans with access to climate-friendly energy by 2025.

You can find the full German text at BMZ website