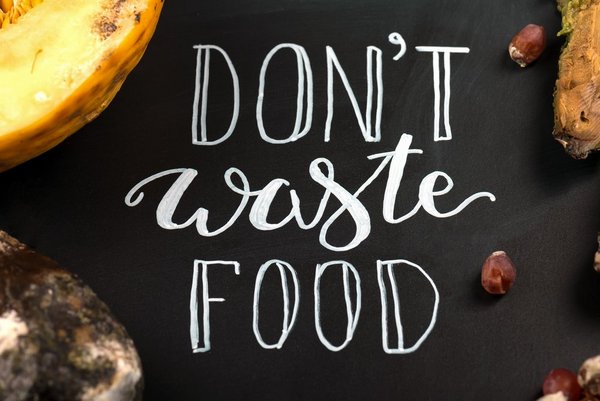 For the first time, the world is holding an International Day of Awareness of Food Loss and Waste.
Photo: ©Shutterstock/Anna Fedorova

Food loss and waste concern us all – what can be done about it?

Imagine you are on your monthly shopping tour and you are pushing three carts full of food. You pay for it, head towards your car, and, before you even get there, one cart is gone. You lost some of it on the way, parts of it just turned bad, and you decided to throw other stuff away because it wasn’t looking the way you thought it should. Sounds quite hard to imagine, doesn’t it?

To tell the truth, this is happening every day – globally. One third of all food that is produced is lost or wasted along the value chain. And with it, everything that has been invested to produce it: water and land resources, money for inputs and energy, working hours, emissions generated, etc.

This year, we are witnessing the first ever observance of the International Day of Awareness of Food Loss and Waste. It also comes during the global COVID-19 pandemic, which has brought about a global wake-up regarding the need to transform and rebalance the way our food is produced and consumed.

Food loss and waste is an issue both in so-called developed and in developing countries. Food waste is much more relevant in industrialised societies like Europe and North America, where the problem is rather on the retail and consumer side. There is often a surplus of food available, much larger than the actual demand. Frequently, a surplus of food is discarded just because it has an unusual shape or colour, or the expiration date has just passed.

The reasons for this vary, as do the possibilities to do something about it.

One example is the “Foodsharing” initiative in Germany. The idea is to identify surpluses of food which would normally be thrown away because they are commercially no longer of value. This food is collected and distributed via a network of food savers.

In contrast to that, food loss on the way to the retail stage is the major concern in developing countries. At the same time, these countries are often facing a lack of food, which makes the situation much worse and requires more awareness.

The reasons for this are sometimes not so evident, and include poor infrastructure, inappropriate production and harvesting methods and technologies, insufficient supply/demand forecasts or insufficient skills and knowhow regarding the storage and transport of agricultural products, just to name a few.

The German Agricultural Society (DLG)  with the support of an “EZ-Scout” (a development cooperation advisor) based at the DLG in Frankfurt, Germany,  and in cooperation with the Sector Project Sustainable Agriculture (NAREN) of GIZ and the Technical University of Kassel in Witzenhausen, Germany, follows a multilayer approach to reducing food losses at farm level in the Global South.

At its international agricultural trade fairs, the DLG provides particular space to present technical solutions for improved post-harvest management. In addition to that, practical organisational and logistical advice on how to reduce crop losses along processing chains is available on the DLG webpage.

Since, sometimes, food losses are not that obvious – and the underlying reasons even less so – it makes sense to start with identifying hotspots where they occur. For this reason, the GIZ Sector Project Sustainable Agriculture (NAREN) has developed the Rapid Loss Appraisal Tool (RLAT). RLAT is a participatory methodology to reach a common understanding of where food loss hotspots are and to develop solutions to address them.

Reducing food loss and waste requires the attention and actions of all, from food producers through food supply chain stakeholders to food industries, retailers and consumers. We should all be food savers – for the people, for the planet!