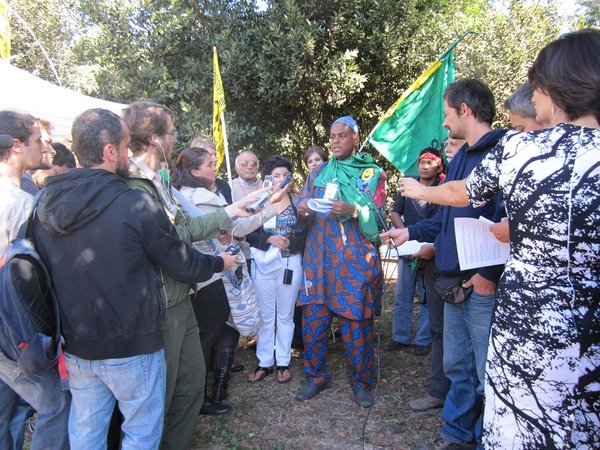 A critique of the Global Alliance for Food Security

International civil society – which also includes members of Germany’s Forum Environment&Development – has ample reasons to reject participation in the Global Alliance for Food Security. Existing institutions ought to be strengthened.

In May 2022, the G7 development ministers launched a Global Alliance for Food Security (GAFS) in Berlin/Germany. The Alliance was set up at the initiative of the German Development Minister in cooperation with the World Bank. Via the Development Ministry, civil society organised in the United Nations Committee on World Food Security (CFS) – the so-called Civil Society and Indigenous Peoples’ Mechanism for Relations with the UN Committee on World Food Security – was invited to participate. This mechanism, in which the members of Germany’s Forum Environment&Development also play an active role, has now turned down the invitation with a full justification which also serves as a helpful analysis of this new alliance.

The CSIPM deliberations were based on three key issues. Does the GAFS strengthen human rights, the right to food and its implementation processes and committees, does it contribute to the necessary transformation of food systems, and does it boost democratic, multilateral food security structures?

First of all, according to CSIPM, responses to the new food or food price crisis ought to be enshrined in human rights. Without a comprehensive and coherent human rights approach to coping with the crisis and achieving a transformation of the food system, the diverse and overlapping forms of discriminating against people and communities most severely affected by hunger and malnutrition cannot be effectively addressed and overcome.

In this respect, the CSIPM notes that human rights do not play any role in the GAFS documents. A report covering the first session of the GAFS Steering Group mentions the right to food in a footnote and suggests that it be delegated to "relevant NGOs/CSOS". The conclusions presented by the Chair of the Berlin Conference of Ministers on GAFS “Uniting for global Food Security” again refer to the right to food, pointing out, however, that achieving adequate food supply is an opportunity for people but not an inalienable right. The key political document of the GAFS, the G7 declaration on global food security of the 28th June, makes no mention at all of human rights.

Second, the transformation of the food system referred to as a goal ought to be profound and lead towards equality, sustainability and justice. This calls for immediate responses to the protracted food crisis guided by food sovereignty, economic and social equality, gender justice, agroecology, biodiversity and climate justice.

The five priorities the GAFS states are promoting agricultural produce from Ukraine, humanitarian measures and extended social security networks, promoting sustainable agricultural production, providing regular information on the agricultural market and developing an interactive map enabling communication regarding financing and research results. The CSIPM concludes from this that the goals and immediate priorities announced by the GAFS do not provide a necessary change of course in redeveloping the food system and are not sufficient.

And thirdly, global political coordination has to take place in the context of multilateral decision-making structures. There, the countries and groups of the population worst affected have to be given priority voice.

After the 2007-2008 food crisis, the CFS was reformed and turned into the most important inter-governmental and international platform for the achievement of the right to food. It was given the mandate to establish policies for coordination and coherence in a human rights framework.

Against this backdrop, the CSIPM notes that the GAFS, as a G7 initiative, bears a legitimacy deficit and that there is no clear steering mechanism enabling effective accountability for decisions made and action taken. This deficit is a key obstacle to the autonomous and effective participation of civil society and Indigenous Peoples’ organisations. The danger of the CFS being undermined in its role as a legitimate and mandated UN body by the new initiative therefore cannot be denied.

No basis for participation

Setting out from this analysis, the 35-member CSIPM Coordination Committee turned down participating in the new initiative. The GAFS presents no options for action which would be a priority for groups represented by the CSIPM. Rather, the CSIPM calls for a significant strengthening of CFS activities addressing the protracted food crisis. For example, it demands that an activity tier be arranged for the forthcoming session of the CFS in October 2022 which would continuously monitor developments regarding lasting food security – hunger, food prices, initiatives – while maintaining a focus on the situation of especially severely affected countries and population groups. Furthermore, the CFS ought to advise and support countries which are particularly dependent on imports regarding their becoming less reliant on food, energy and fertiliser imports and making their food systems less vulnerable to shocks such as the war in Ukraine, climate change or the COVID-19 pandemic through diversification.