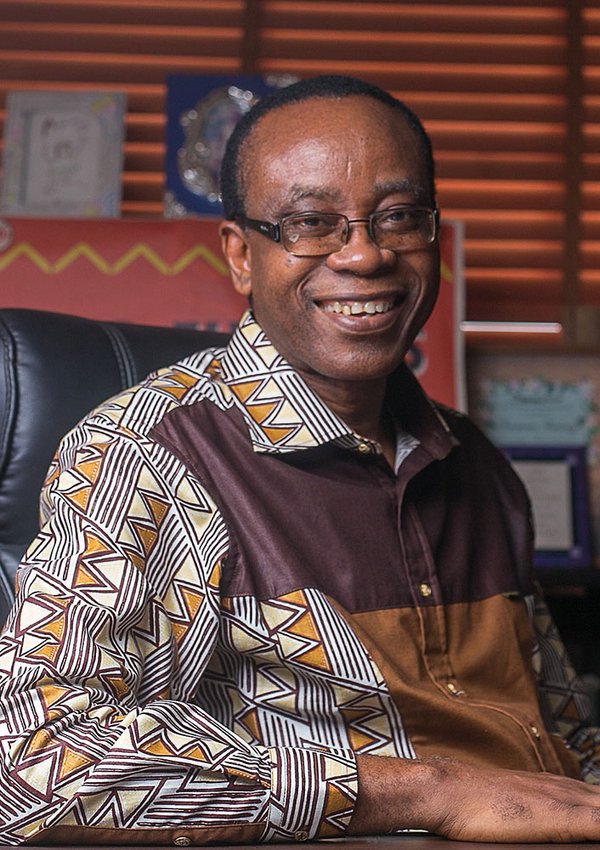 GMOs in Nigeria – Do the masses have a choice?

Civil society organisations throughout Africa are campaigning for agroecologial and indigenous approaches to maintain food sovereignty. But their umbrella organisation, the Alliance for Food Sovereignty in Africa (AFSA), warns that a corporate industrialisation of African agriculture could destroy the biodiversity and ecosystems that these approaches are based on. Taking the introduction of genetically modified organisms in Nigeria, our author looks at how such industrialisation processes can come about.

Nigeria is the most populous country in Africa. It is estimated to have about 170 million inhabitants, accounting for close to 50 per cent of the West African population. With this numerical strength, the biotech giants no doubt imagine that Nigeria is the market to grab for their genetically modified products. More so, as Nigeria remains a major influence in Africa, it is clear that the entry of genetically modified organisms (GMOs) into the country will facilitate the acceptance of their risky technology in other African countries. Nigeria is currently faced with intense pressure to adopt modern biotechnology as a solution to food challenges.

It took many years for Nigeria to develop a National Biosafety law. The country had the benefit of an existing Biosafety Model Law developed by the African Union (AU) in 2003, which was meant to serve as guide to African countries as they drafted domestic biosafety frameworks and legislation at country level in order to robustly regulate the production of GMOs or their entry into their territories. Due to corporate and global political pressures, the reality has been the production of biosafety laws that fall below the bar set by the AU’s model law.

The Nigerian National Biosafety Management Agency Act was signed into law in April 2015 in the last days of the administration of the country’s former president Goodluck Jonathan. This law established the National Biosafety Management Agency (NBMA), which was saddled with the responsibility to provide a regulatory framework and to safeguard human health and the environment from potential adverse effects of modern biotechnology.

Within a year of the setting up of the NBMA, the tides changed dramatically in the wrong direction for the country. The NBMA issued three permits on Sunday, 1st May 2016 to Monsanto Agriculture Nigeria Ltd. for the commercial release and placement in the market of genetically modified cotton (MON 15985) and for field trials of genetically modified maize (NK603 and MON89034X NK 603). The maize varieties were permitted to be field tested jointly by Monsanto and the National Biotechnology Development Agency (NABDA) – a government agency set up for the development and promotion of biotechnology.

In a frenzy of permit issuance, the NBMA allowed trials of GM cassava and the importation of a cocktail of genetically modified maize varieties, ostensibly on the basis that these varieties are permitted in European Union countries.

In September 2017, the permit for a novel variety of cassava was issued to the International Institute of Tropical Agriculture (IITA) and ETH laboratory in Zurich for field trials. This genetically modified cassava (AMY3 RNAi Transgenic lines) has not been tested anywhere else in the world. Although the Health of Mother Earth Foundation (HOMEF) and 87 other groups sent a scientifically prepared objection to this application, and although the objection was acknowledged, it was nevertheless not taken into consideration in reaching the decision to issue the permit. The pattern was recognisable in the processing of earlier objections to Monsanto’s applications by the GMO approval agency in 2016. In that case, the agency had acknowledged receipt of the objections on a Thursday, promised to consider them, but went ahead to issue permits three days later, on Sunday, the 1st May.

In December 2017, the agency gave approval to WACOT Ltd. to freely import genetically modified maize into the country for a three-year period – after the same company had tried to smuggle in the said seeds without prior approval. Permits were granted just a few weeks after the illegal goods were impounded and their repatriation was ordered. This was against the law, which requires that 270 days’ notice must be given before the import of any genetically modified crop.

In March 2018, the agency advertised an application by the National Biotechnology Development Agency (NABDA) to carry out field trials of GM soybeans. It is worth mentioning here that NABDA sits on the board of the NBMA and this board is populated with GMO promoters with no representation of farmers or consumers, who are directly at the receiving end of this technology. NBMA and NABDA have announced that genetically modified cowpea and cotton will be released into the Nigerian market this year, 2018. Other GM crops which are in the pipeline are sorghum and rice.

In its present form, the Nigerian Biosafety Management Agency Act 2015 has several loopholes that are being manipulated to allow the influx of GMOs into the country. There are no strict provisions for liability and redress, public participation or risk assessments. The Act gives NBMA wide discretionary powers which literally let the agency out of control and allow it to behave as though it were above the law. The agency, which is supposed to be an unbiased regulatory umpire, has instead taken up the role of a promoter of GMOs without due consideration of Nigeria’s socio-cultural peculiarities. In February 2018, the director of the agency organised a tweeter chat on GMOs. One of the issues that were raised during this chat was on how the masses would be able to identify genetically modified products in the market. The director stated that GMOs would be labelled and that then, Nigerians would have a choice of whether or not they wanted to consume them. In Nigeria, labelling is a false promise. Many of the crops targeted for genetic modification are sold in forms which make it an impossible option. For example cowpea which is processed to make what is called akara (bean cake) or moi-moi and sold by the road sides cannot be labelled.

Besides objections by farmers and civil society groups urging the Nigerian government to pull the brakes on GMOs, in 2016, the highly respected National Inter-Religious Council (NIREC) advised the government to halt dealings with GMOs as the nation at present does not have the capacity to handle them in terms of infrastructure or human resources.

Nnimmo Bassey is Director of the Health of Mother Earth Foundation (HOMEF), a Nigeria-based environmental think tank and advocacy organisation that is a member of the Alliance for Food Sovereignty in Africa (AFSA). Bassey chaired Friends of the Earth International from 2008 to 2012 and was Executive Director of Environmental Rights Action for two decades. In 2010, he was named co-winner of the Right Livelihood Award.
Contact: nnimmo@homef.org