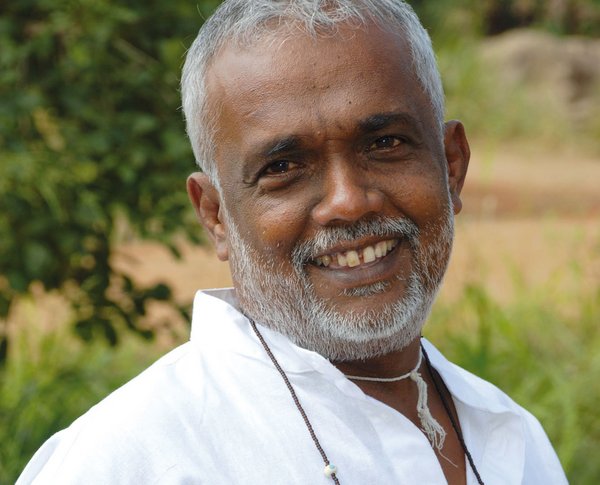 "The process will take time"

In May 2009, after nearly three decades of civil war, the Sri Lankan military claimed victory over the Liberation Tigers of Tamil Eelam. Harsha Navaratne, a Sri Lankan development practitioner, has spent more than 30 years working in the conflict-affected areas and is the Chairperson of Sewalanka Foundation, one of the largest Sri Lankan development organisations. Rural 21 wanted to learn from him whether and how the country has taken advantage of its potential for rural recovery.

Mr Navaratne, which phenomenon has been most characteristic of Sri Lanka since the end of the war?

When you consider the development potential, you need to look at it from a historical perspective. Ethnic violence in Sri Lanka is rooted in our electoral politics. We were one of the first countries in the world to have democratic elections with universal voting rights for men and women.

During those early elections, political debates focused on class, but it didn’t take long for the political elite to change the debate to ethnicity. Political parties became divided along ethnic lines. The politicians used political patronage in the form of government services and development aid to get votes. Access to political power and development resources was dependent on ethnicity and political party, and the country became increasingly divided.

People have experienced more than 30 years of brutal violence, and it has affected more than just physical infrastructure and economic activities. There is a need for healing, reconciliation and trust-building on all sides. Any development initiative has to start from this point. It is not the same as the post-tsunami recovery. The process will take time.

How was reconstruction and rehabilitation organised?

After the war ended, there was a good co-ordination mechanism in the northern conflict-affected areas. There was a Presidential Task Force that co-ordinated with all stakeholders including the UN, international donors, and non-governmental organisations. The government, UN, and NGOs worked together to prepare a joint plan that was submitted to the international community for funding.

Challenges later arose because the government wanted all resources to be channelled to infrastructure and economic development. They were not willing to approve any “soft-side” activities like training, psychosocial support, or community-based organisation development. It was difficult to get approval for many programmes that were planned and funded. This was a significant restriction during the initial phases of resettlement and recovery, but the situation is now improving.

Has collaboration between the various actors worked well?

Government and military authorities, international donors, UN agencies, international NGOs, and local NGOs have all been involved in the resettlement and recovery process. There was good co-ordination when the joint plan was being prepared, but the process has been more difficult during the implementation phase.

One of the main challenges is that most of the actors think they can do everything by themselves. For example, the national-level administration feels that all foreign-funded development projects should be channelled through government agencies. They do not see a role for NGOs or other actors. The issue is that most of the government structures in the conflict-affected areas are still being established. The projects are implemented by government servants who work from nine to five Monday to Friday and do not have exposure to this kind of development work. Many bottlenecks and delays could be avoided if they were to partner with skilled and experienced development groups that are able to work more flexible hours. Some of us have been in dialogue with the government to try and build up partnerships and synergies between government agencies, development practitioners, and the private sector.

The international agencies tend to have the same mentality. Although there is talk about co-operation, exchange, and local partnership, most projects are being implemented in a vacuum. They are not integrated with other initiatives in the area.

There have been positive developments. As the civilian administration gets stronger, local-level co-ordination has improved. The district-level Government Agents now have good co-ordination mechanisms. All of the stakeholders meet monthly to discuss practical issues in the field.

What has been achieved? And what are the remaining challenges?

The main achievements have been related to resettlement and infrastructure development. Nearly all of the people who were displaced by the conflict are back in their home area. Roads, irrigation infrastructure, schools, and hospitals are being repaired or constructed.

What needs to happen to enable Sri Lanka to make full use of its development potential?

There has been a tendency for national development planners to look at the “East Asian model” and focus on infrastructure, exports, and foreign direct investment as the main priorities for development. All of these things may be important for growth, but without consideration of how this growth is distributed, Sri Lanka will never reach its development potential.

Since Independence, Sri Lanka has had a core-periphery form of development. The majority of people in Sri Lanka still live in rural areas, but nearly half of Sri Lanka’s Gross Domestic Product comes from the capital city of Colombo and the surrounding Western Province. The unequal distribution of opportunities, particularly between rural and urban areas, has led to violent youth uprisings in both the north and the south of the country.

Poverty in Sri Lanka is a predominantly rural phenomenon. The most vulnerable families are those that are dependent on rain-fed agriculture and agricultural labour. Any national development plan needs to consider the rural sector and address the constraints of these communities. There have been a few government development initiatives focused on rural economic development. Geographical areas with efficient and effective government servants have shown positive results. These targeted interventions have a great potential, particularly if they are integrated with other initiatives in the same area.