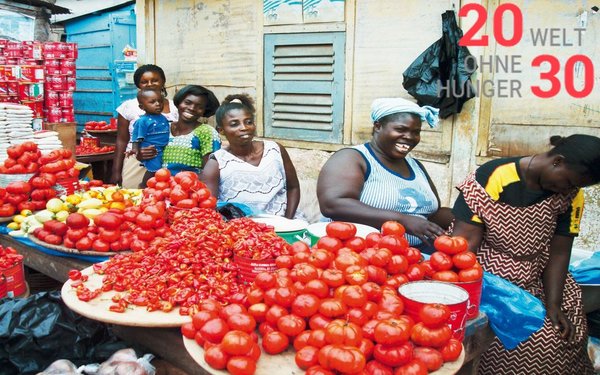 In early 2020, as the COVID-19 pandemic began to spread across the globe, many countries implemented dramatic contact, travel, and/or trade restrictions, including curfews or even complete lockdowns. In order to assess the challenges that small-scale farmers experienced as a result, and to understand the coping strategies they developed during the initial phase of the pandemic, the Centre for Rural Development (SLE) at Humboldt-Universität zu Berlin initiated a joint research study with partners in Indonesia, Mozambique, South Africa, and Zimbabwe.

Using the open access tool KoboToolbox, a smartphone-based digital data survey was conducted with more than 700 (peri-) urban farmers in Cape Town (South Africa) and Maputo (Mozambique); rural farmers in Masvingo (Zimbabwe) and Java and Toraja, South Sulawesi (Indonesia) were also surveyed. Farmers played an active role as co-researchers and engaged in data collection and analysis, contributing with their own personal stories. Between April and June of 2020, the team managed to complete five individual surveys.

Small-scale farmers answered survey questions about food security, challenges of farming and marketing, and how they cope with the ongoing crisis. Observations on food price development, its implications on household diet, and farmers’ major worries were also reported.

The remote, digital data collection also included challenges. As many of the urban farmers in Maputo do not own smartphones, enumerators were contracted to conduct telephone interviews with the farmers, after which enumerators would enter the collected data. Due to an often unstable and weak internet connection, farmers in Zimbabwe and in the remote mountains of Toraja responded by WhatsApp to a regional coordinator, who then transferred the data into KoboToolbox.

The results reveal that the level of imposed restrictions had a corresponding impact on small-scale farmers. In both South Africa and Zimbabwe, a strict lockdown was imposed:  small-scale farmers were not regarded as ‘essential services’, thereby preventing farmers from accessing their farms. After some time, the South African government introduced permits for farm access, which were difficult to obtain. As a result, 46% of reporting farmers in Cape Town were unable to tend to their farms during the lockdown. Similarly, a third of respondents in Zimbabwe reported difficulties accessing their farms. Restricted access to farms, market shutdowns, and the closing of borders meant both Maputo and Cape Town experienced reduced access to food, price spikes for particular food products, and a looming hunger crisis. In Masvingo, a prolonged drought that detrimentally affected maize harvests further intensified food insecurity.

In contrast, small-scale farmers in Indonesia and Mozambique were deemed essential, and almost all participants could access their farms and were able to sell their produce. In fact, as closed borders inhibited regular food imports, Maputo, which is normally highly dependent on food imports from South Africa, saw a growth in demand for local vegetables and local unrefined sugar.

Under normal conditions in Indonesia, small-scale farmers usually play an important role in local food systems. This crucial status prevailed in the crisis, and the majority of farmers continued with access to their farms. Farmer markets closed down in Sulawesi, consequently 38% of respondents were unable to buy and sell food produce. In Java, the marketing of fresh products like cabbage became a major issue, as logistic channels to the capital, Jakarta, broke down. Farmers were already experienced with previous epidemics, such as SARS, and feared the health consequences of COVID-19. A fear of infection, alongside an increase in meat prices, led many people in Toraja to consume more vegetables, as well as fruit, and to follow healthier diets rich in vitamins.

From this research, following lessons stand out:

Digital research was vital to assess the effects of the COVID-19pandemic on the ground. This type of inquiry will likely become more common  in nutrition and food security projects, and not only in crisis regions, due to a range of factors: first, new software has made mobile surveys a cheaper and a scalable option; second, real-time data can contribute to rapid responses for policy action and decision-making; third, it can give a voice to the often unheard, such as small-scale farmers; and fourth, participants benefit from the exchange with other participants, if the results are relayed back to participants (in this case a South-South exchange where a joint learning process was enabled).

Since many of the projects of the SEWOH initiative are concerned with the development of small-scale farmer market access and value chains, the comparative experience with local food systems in the pandemic must be taken seriously and further evaluated. Subsequent projects should strengthen farmers to further develop their own means and instruments for making food systems more robust and resilient against external shocks. Local and federal governments, as partners of such projects, have to be made aware of the “systemic relevance” and general importance of small-scale farmers for maintaining quality nutrition and food security, as well as food justice in times of crisis.

The authors would like to thank all farmers who participated as co-researchers – for initiating the study, collecting data, and contributing to the analysis. Special thanks to the colleagues in Southern Africa and Indonesia for contextualizing the data. We also thank Foundation fiat panis and Freunde und Förderer des SLE e.V. for providing financial support.

This article first appeared at weltohnehunger.org and is part of a media cooperation between and Rural 21 and One World - No Hunger.