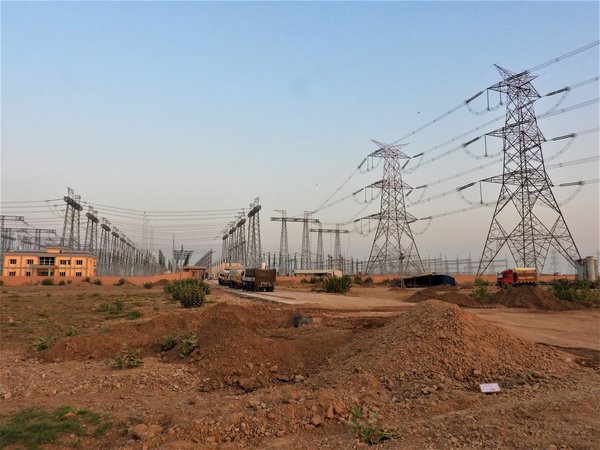 Despite making huge expansion in its renewable energy sector, based on solar and wind, India's reliance on coal consumption and the government’s tendency to clear developmental projects with little regard for environmental protection are hurting the country's image when it comes to global rating of countries’ performance on controlling carbon emissions and protecting biodiversity.

India sees itself well on track to achieve the goals of the Paris Climate Agreement. According to the country’s Ministry of New and Renewable Energy (MNRE), renewable energy installed capacity increased by 286 per cent in India in the last seven and a half years. And last year, during the G20 conference in Italy, India informed the member countries that against the targeted emission reduction of 33-35 per cent by 2030, India had already achieved emission reduction of 28 per cent over 2005 levels, and that, at this pace, it was all set to exceed its Nationally Determined Contribution (NDC) commitments before 2030. They were further informed that India had already reached 38.5 per cent installed capacity from renewables and that, when the renewable capacity under construction was also accounted for, the share of renewables in the installed capacity went well over 48 per cent, which is way above the commitments made under the Paris Agreement.

The South Asian country, which is the planet’s 3rd largest emitter of carbon dioxide after USA and China, has long maintained that its per capita greenhouse gas emissions contribution to the global GHG emissions is far less than that of the countries in the European Union or the USA. At the G20 Summit, it urged urged the G20 nations which have per capita GHG emissions above the world average to bring their levels down to the world average over the next few years.

Sticking to the commitment to coal

But, India’s continuing dependence on coal and continuing environmental degradation in the country is hurting its image when it comes to global rating of how countries about their perform on controlling carbon emissions. Over 60 per cent of India’s energy needs are met by coal, and coal is expected to remain the dominant fuel in the power sector in India, through 2030 and beyond.

Making its intentions on coal consumption clear, India decided in June 2020 to allow coal mining for private companies as well. “We are not merely launching commercial coal mining today, we are unshackling it from decades of lockdown,” Indian prime minister, Narendra Modi, had said about his government’s decision of commercialising coal mining.

According to the Institute for Energy Research (IER), India, “unlike western countries, sees coal as a major contributor to energy production, despite continuing development of renewable sources. Coal’s affordability and reliability offers India a more dependable way to provide electricity to its people.”

However, counting on coal (for India) is not without a price tag. The global Environment Performance Index (EPI) 2022, released early last month by Yale and Columbia Universities in the USA, has ranked India at 180th spot, largely basing the south Asian country's ranking on its poor performance on reducing carbon dioxide emissions and pollution.

Miffed by the findings in the report, India’s Ministry of Environment, Forest and Climate Change issued a strong rebuttal to the Environmental Performance Index 2022 on June 8th and asserted that some of the indicators used for assessing performance “are extrapolated and based on surmises and unscientific methods”.

India’s poor performance on environmental protection has evoked much criticism from environmental experts in recent years. “India’s environmental performance has been very poor in the past decade or so,” Sharachchandra Lele, Distinguished Fellow in Environmental Policy & Governance at the Bangalore-based Ashoka Trust for Research in Ecology and the Environment (ATREE) told this writer, referring to issues such as air and water pollution, forest degradation, groundwater depletion, solid waste, pesticide in foods, etc.

India diverted 82,893.61 hectares of forest land, including 4,118 hectares of protected areas (national parks and sanctuaries), from April 2016 to March 2021 for infrastructure development across the country as per official figures.

“The national afforestation policy permits only reconstructive restoration by promoting intensive tree plantations (1,000 trees per hectare), which may appear attractive in the short term, but in practice is often biased towards fast-growing, non-native tree species that have very limited scope of fostering biodiversity and ecological security,” says the report presented by the expert committee to the Supreme Court on the 5thJanuary this year.

The Indian government, however, claims that the country is making progress on climate commitments such as enhancing the forest cover. This January, the government issued India's State of Forest Report (ISFR) 2021, which says that the country's forest area has increased by 2,261 square kilometres in the past two years. But experts maintain that the data in the report is far from ground reality. “The report, which relies on satellite data, has been designed to calculate India’s efforts regarding climate change-related targets. In fact, we keep losing biodiversity rich forests,” says Kanchi Kohli, an environmental policy expert at the New Delhi-based Centre for Policy Research.