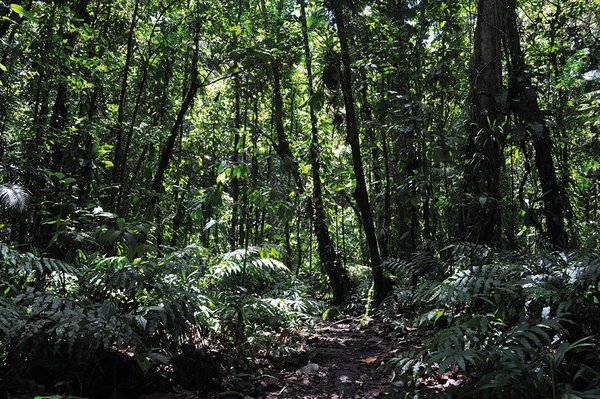 Forest restoration bears a considerable carbon storage potential and can support efforts to mitigate climate change. However, its role should not be overestimated, and neither should the costs involved in forest restoration be underrated, our authors warn. They recommend realistic models to back decision-making in what is clearly a highly complex area.

Forest restoration is one of the most ecologically beneficial land use choices at our disposal. It can help us regulate water and nutrient cycles, reduce soil erosion and degradation and conserve biodiversity. For many people, forest restoration also increases the aesthetic, cultural, and recreational value of our landscapes.

Unfortunately, the actual solution potential of forest restoration is probably a lot lower. An obvious reason is time. Trees grow at fairly slow rates and it would take decades, perhaps centuries, for forests to fulfil their sequestration promises. This duration is significant, given that at humanity’s current carbon dioxide emission rate (about 40 Gt of CO2 per year, equivalent to roughly 11 Gt of carbon), it would take us less than 20 years to emit as much carbon as our forests can store. Consequently, the net effect of business-as-usual emissions and forest restoration would still be a dramatic increase in atmospheric carbon concentrations. There is no excuse: if we want to effectively address climate change, we must tackle our emissions where they occur. We cannot rely on forests to mop up our mess.

We also have to be realistic in assessing the scope of our decision options. As we pointed out in our response letter to the restoration study (Luedeling et al., Science 366, 315), many natural constraints will limit forest restoration in large regions of the world. Trees do not grow well where soils are frozen, where temperature extremes exceed what trees can tolerate, where soils are depleted, where grazing animals limit tree establishment, where wildfires suppress woody vegetation or where salinity, sodicity or other soil limitations prevent tree establishment. What is more, inasmuch as forests are able to protect soils from degradation, deforestation leaves its footprint in the landscape. Many soils have eroded or have been degraded by other mechanisms. If soil is lost, there is no rapid re-establishment of forest cover to a degree observed in nature conservation areas. We also need to take into account that by afforesting areas that have not formerly been forests we may destroy functioning ecosystems with unforeseen consequences for the provision of ecosystem services, such as the regulation of water cycles or the preservation of biodiversity.

Besides limitations due to natural constraints, forest restoration is held back by human land use. While there are surely many degraded forests and deforested areas that can potentially be restored, few of them are readily available. Most former forest areas are now inhabited by people whose livelihoods are intricately linked to land uses that preclude full-scale forest restoration. Where crops are grown, livestock is raised or production forestry is practised in degraded forest areas, restoration may impose unbearable costs on the people who currently depend on these areas. Where villages, towns and cities have been established on such land, these costs will be even higher.

Finally, let’s not forget the costs of forest restoration. Establishing hundreds of millions of hectares of new canopy cover – which would be required for forest restoration to qualify as a major force in mitigating climate change – implies massive investments, including the establishment of seed and seedling supply mechanisms at scales without precedent. This may not be impossible, but we are not convinced that forest restoration would still look like a prime mitigation option, if all related costs were considered, particularly when including the costs for afforesting remote landscapes without a functioning infrastructure.

While the above issues are rather obvious, they are often not adequately considered in assessments of reforestation potential. Simplistic assumptions, such as that all of the world’s grazing land can be converted to forest or that reforestation areas in the tundra can store as much carbon as tropical savannahs underlie the results published in the Science paper we referred to earlier.

Scientists, especially modellers, are often tempted to make such unrealistic assumptions when dealing with complex systems. Such assumptions help them overcome data limitations and avoid issues for which precise modelling seems unrealistic. This practice is so widely acknowledged that it has spawned one of the most famous quotes in modelling (usually attributed to the statistician George Box): “All models are wrong but some are useful.” There is surely some truth in this in the sense that models cannot exactly replicate or predict real life systems but may provide useful insights. However, when models fail to take into account important factors that can greatly affect the outcome of a projection, then they are not useful for decision support, or worse, can ultimately mislead policy decisions.

How to model for decision relevance?

Scientists aiming to provide advice to decision-makers need a reasonably complete understanding of the system dynamics, including the various aspects that need to be considered, as well as constraints that undermine the promise of decision options. In the present context, where we explore the mitigation potential of forest restoration, such considerations must include the host of factors that restrict available restoration areas, as well as the financial, social and ecological costs of implementing restoration programmes. It seems obvious that policy-makers cannot ignore such factors, and that they cannot prioritise among possible mitigation pathways without taking all relevant aspects into account.

We acknowledge that fully addressing the scope of actual decision situations in science-based models is challenging, especially when we expect all aspects of our models to be underpinned by precise and objectively validated data. The real world is so complex, includes so many ‘intangible’ factors and is so poorly covered by high-precision datasets that we cannot hope to produce precise and reliable models of all processes that are relevant in contexts such as forest restoration. Many researchers today rely on machine learning algorithms and Big Data analysis to detect patterns and correlations in global datasets. Such tools are powerful and useful in numerous contexts, but they do not change the basic dilemma: in order to adequately support decisions, we need a much better understanding of the processes that determine the outcomes of decision options, and we need effective approaches to deal with the uncertainties that arise from limitations in data and knowledge.

Scientists investigating climate change mitigation approaches aren’t the first to venture into complex decision situations. In fact, researchers as well as business consultants have been looking for ways to navigate such situations for centuries, and fairly sophisticated decision analysis approaches have been put forward.

Despite their potential, such decision analysis methods have only occasionally been applied in agricultural development and natural resource management. Some key work in this space has recently been done, and continues to be done, under the umbrella of the CGIAR research programme on Water, Land and Ecosystems (World Agroforestry and University of Bonn). Decision analysis approaches include systematic appraisal of the knowledge of decision-makers, academic experts and stakeholders to ensure that the widest range of possible options is considered and that no critical issues are overlooked. They also include thorough characterisation of relevant risks and uncertainties involved in decisions, as well as mechanisms to translate these uncertainties into assessments of the riskiness of each available decision option. We advocate for wider adoption of such methodologies in complex decision contexts. When the stakes are high, as in the choice of the most effective ways to avoid a climate-induced planet-scale emergency, we need decision support models that capture the scope of our options as completely as possible.

Eike Lüdeling and Katja Schiffers are a professor and a scientist, respectively, at the Department of Horticultural Sciences, Institute of Crop Science and Resource Conservation at the University of Bonn, Germany.