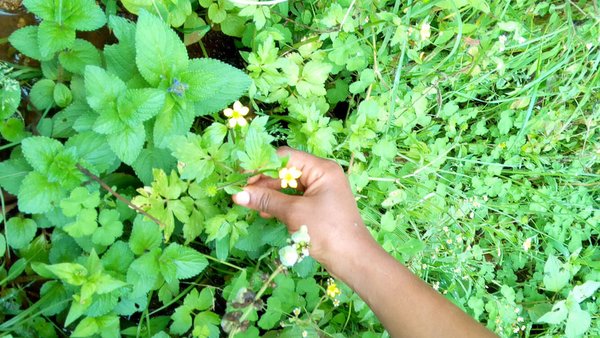 The active plant ingredient anemonin could provide a new approach in the treatment of malaria. It was identified by researchers from Ethiopia and Germany in a buttercup that is traditionally used in some African countries as a medicinal plant for malaria patients. Extracts from the plant significantly alleviated the symptoms of infected mice.

A tea made from the leaves of the Ranunculus multifidus, a member of the buttercup family, is used in some parts of Africa to treat malaria. "So far it was not known which ingredients the plant has and which of them might have a healing effect," says Professor Kaleab Asres from Addis Ababa University (AAU), Ethiopia, who had been aware of the use of the plant and initiated the study. Last December, the study was published in the journal “Molecules”.

The pharmacists produced extracts from the plant leaves and tested their effectiveness on mice. "We infected the animals with the Plasmodium berghei parasite, which causes malaria in certain rodents, including mice. In humans, malaria is caused by related species of plasmodia," explains Betelhem Sirak from Ethiopia’s Arba Minch University (AMU).

Some of the mice received chloroquine, an established and effective drug for treating malaria. Others were given different doses of the plant extract. The experiments were carried out in accordance with internationally recognised guidelines for the keeping and care of laboratory animals.

The results were promising. "Although the extracts did not work as well as chloroquine, they nevertheless had a clearly positive effect on the course of the disease,” says Professor Peter Imming from Germany’s Martin Luther University (MLU) in Halle-Leipzig. “For example, the mice lost significantly less weight, and their body temperature was also more stable than without treatment."

The researchers found the active ingredient anemonin in the plant extracts. "Ranunculus multifidus does not actually contain it. Anemonin is formed when the plant is injured, for example when it is crushed and the inside of its cells comes into contact with air," explains Imming. This is probably why the extracts that were prepared in this way worked best.

The research team presume that, like chloroquine, anemonin affects the parasite’s metabolism, although it probably attacks it at a different location. That would be good news, because plasmodia have developed resistance to chloroquine in some areas of East and West Africa. "Anemonin could have the potential to circumvent this resistance," says Imming. However, this requires a number of further studies in order to decipher the exact mechanism of action and to increase its effectiveness. If these tests are successful, clinical studies will follow over several years to confirm its effectiveness in patients.

Using pathogens in a test tube, the researchers investigated whether Ranunculus multifidus could also help combat other diseases for which it is traditionally used. They tested anemonin on bacteria similar to tuberculosis, but found it was ineffective– a result that is not all too disappointing for the pharmacists. As the German researcher Imming explains: "A substance that attacks all types of cells would also attack human cells – and is therefore a poison."

The researchers examined the effectiveness of anemonin on the widespread parasite species leishmania and schistosoma in a further study which was also recently published in "Molecules". Here, initial laboratory tests showed promising results too.